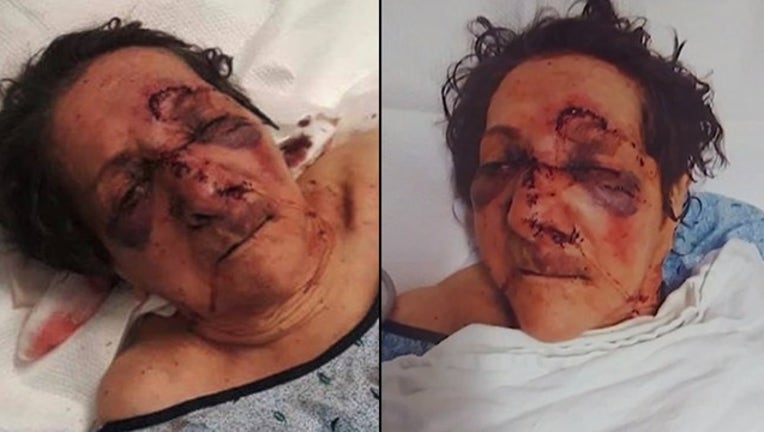 LIVINGSTON, New Jersey (FOX 35) - Authorities are currently investigating how an 86-year-old nursing home patient in New Jersey got severe bruises and injuries to her face. Her son claims she was assaulted at the facility.

Benny Gomez posted photos of his mother's injuries to Facebook, a post that has been shared over 9,000 times. The photos show his elderly mother's face covered in bruises. Gomez says she suffered double fractures to her face and a broken nose.

Gomez claims she was assaulted while staying at the Westfield Center Nursing Care facility.

The nursing home released a statement, claiming the woman fell and saying they have a zero tolerance policy for abuse.

Gomez claims this wasn't the first time his elderly mother ended up with injuries. He tells Fox 35 his mother said that some of the nursing home employees had hit her before.

"My mom had black eyes and bruises and was struck over the top of her head with her hair brush. I had filed many complaints previously."

An investigation has been launched, but so far, no charges have been filed. Gomez pulled his mother out of the facility. He tells Fox 35 that she is slowly recovering.