WINTER HAVEN, Fla. - Polk County deputies arrested a man described as "violent" and "dangerous," who they say killed another man who was "pleasuring himself" while in a public area. 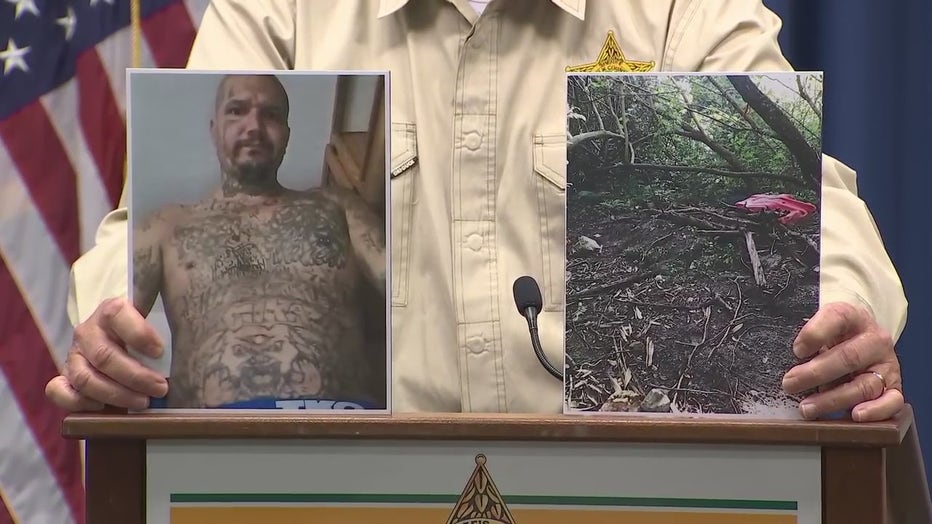 Last weekend, Judd says Simmons confronted the man and told him to stop the behavior. 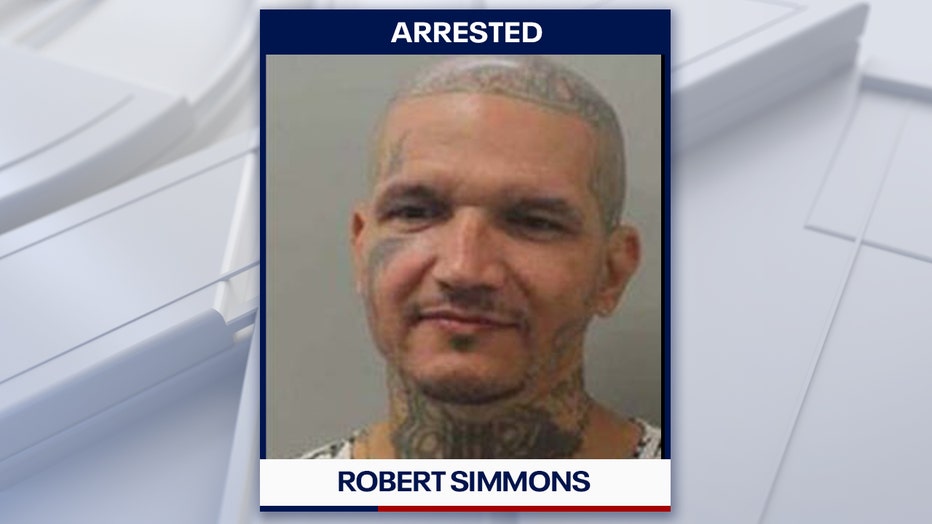 On Tuesday, Judd said deputies were called about a murder in the campground. They found the victim's body in a shallow grave in a thickly wooded area.

A manhunt for the killer got underway Tuesday and lasted into the next morning.

Simmons eventually gave up and turned himself over to deputies. 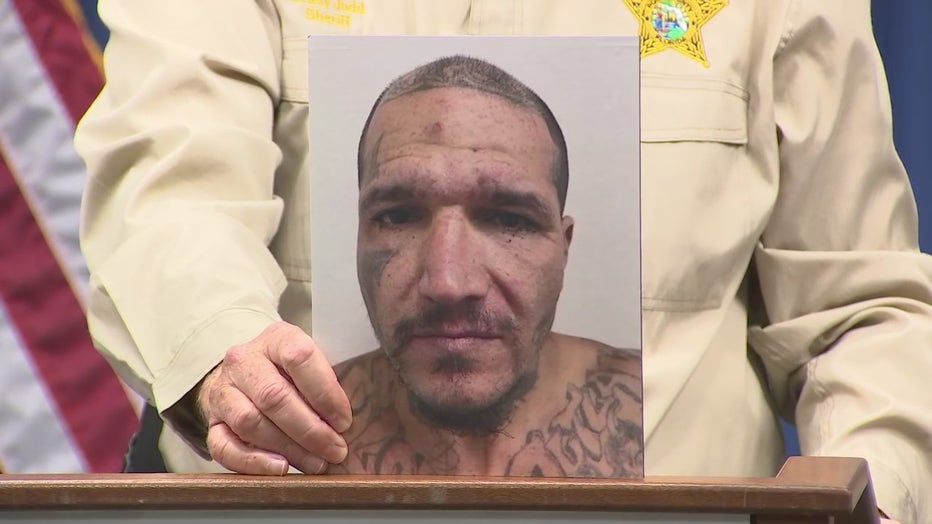 Robert "Mexico" Simmons, after being arrested

Judd said he emerged from the woods with a knife, which he threw on the ground and admitted he used to kill the victim for "pleasuring himself" in public on more than one occasion.

"Robert is violent, and dangers, and he is a bad man," Sheriff Judd said during a press conference Wednesday. "Well, he's an arrested man, now."

Jud added that both men were members of separate area gangs, however, the incidents did not seem to have any relation to those gangs.

The sheriff said during the investigation, several transient residents were displaced from the campground. Deputies provided them with food and assistance as the manhunt went on.