A couple of goats in Alabama munched on paperwork inside an Alabama deputy's patrol car after he left the door open while delivering a civil document.

MADISON COUNTY, Ala. - Several goats in Alabama are in trouble with the law after they hopped in a patrol car and started snacking on a deputy's paperwork.

According to a post on the Madison County Sheriff’s Office Facebook page, Deputy Casey Thrower left his patrol car door open while he delivered civil documents because he has been attacked by dogs in the past and had to flee quickly.

After hearing a noise, he went back to his car to find a goat climbing in the passenger side and another one on the hood of the car.

In video shot by Deputy Thrower, he can be heard telling the goats to get out as the animals chomped on his papers. 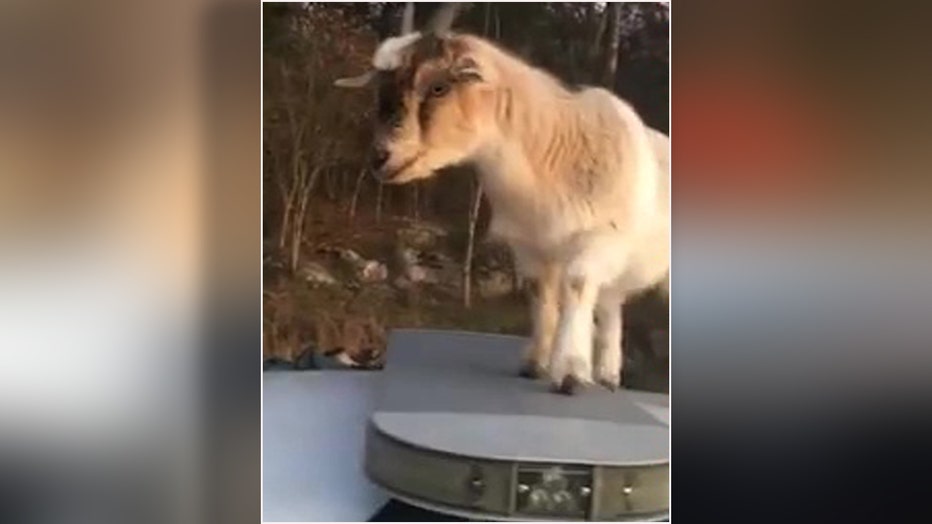 A goat stomps on the roof of a patrol car in Alabama while another goat eats paperwork inside.

Toward the end of the video, Deputy Thrower asks one of the goats if it is crazy and it stomped on the hood of the car.

According to the agency’s social media post, Deputy Thrower has been with the Madison County Sheriff’s Office for about 40 years and is considered a G.O.A.T. deputy.