A Florida deputy jumped into a canal after a fleeing suspect who had led authorities on a lengthy chase.

GOLDEN GATE ESTATES, Fla. - A suspect who led Florida deputies on a lengthy car chase ended up jumping in a canal in a failed attempt to escape.

The Collier County Sheriff's Office said the suspect, 20-year-old Pedro Luis Padilla, was driving a truck when deputies noticed the vehicle had been reported as stolen.

When deputies attempted to pull Padilla over, he instead led them on a 27-mile-long chase.

A sheriff's helicopter assisted in tracking the pursuit. Aerial footage showed a deputy performing a PIT maneuver after Padilla pulled onto a dead-end street, just feet away from a canal.

Video showed Padilla getting out of the truck after it was disabled, then running and diving into the canal to escape arrest. 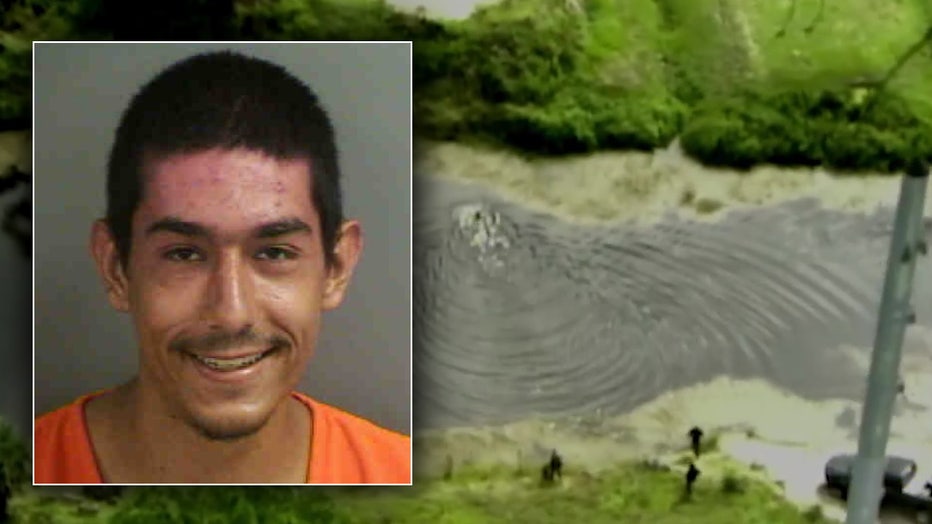 As Padilla swam across the murky water, one deputy soon dived in after him, crossing the 40-foot canal to the other side.

The deputy who swam after the suspect then took Padilla into custody on the other side of the canal.

Padilla faces charges of grand theft auto, fleeing and eluding, driving with a suspended license, and resisting arrest without violence.