Fragility is just one of many concerns scientists are warning against, saying farmers could end up in unfamiliar territory.

APOPKA, Fla. - While state leaders promote hemp as Florida's next big cash crop, scientists are still trying to figure out the best varieties and conditions to grow it in Florida. They stress much more work needs to be done in testing facilities before they can relay the best techniques and skills to would-be farmers.

Growing hemp was effectively banned for Florida farmers because it has trace levels of THC. The government lifted the prohibition because hemp does not make you high – despite its physical resemblance to cannabis plants, the source of marijuana.

Hemp produces fibers used in clothing, paper, and building materials. It also produces CBD oil that is fueling a bonanza in health and beauty products.

Lawmakers have heard the hemp industry could grow into a $30-billion business for state growers. The state has also estimated that 3,000 farmers could line up for applications to grow it. That’s why scientists at the University of Florida Institute of Food and Agricultural Sciences (UF/IFAS) are studying the plant, and they’ve encountered challenges that require continual research.

"There was a lack of information for 60-plus years to show how to grow this crop. There is no breeding information,” said Jerry Fankhauser, assistant director at the Florida Agricultural Experiment Station at UF/IFAS. 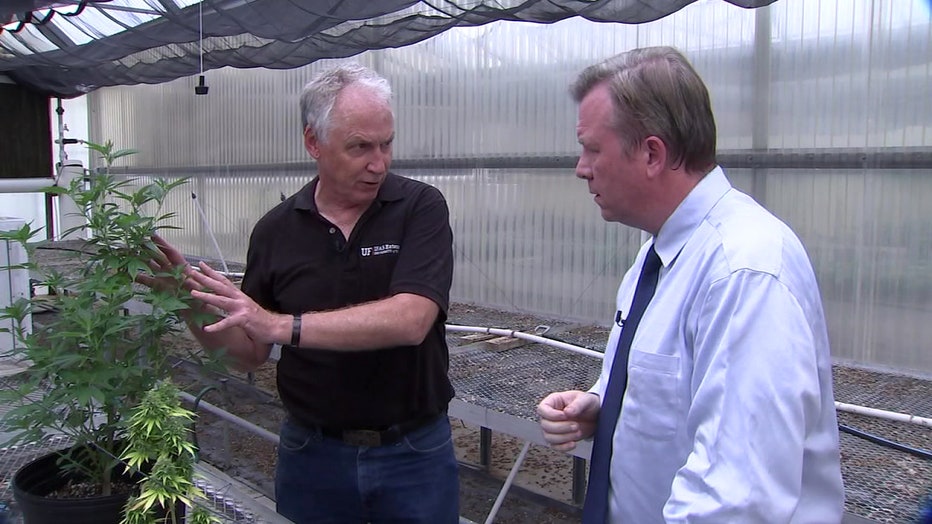 Dr. Roger Kjelgren, the lead oversight manager for the UF/IFAS Hemp Pilot Project at the testing site in Apopka, says the plant is sensitive to a range of Florida conditions including temperature and wind.

"This can’t survive freezing temperatures. The branches are very fragile. They break extremely easily,” he said. "It wouldn't even take a hurricane; just a strong downdraft. You can flatten a crop of hemp.”

He also said entry into most of the greenhouses at the Apopka site are restricted, due to the risk of introducing pests that are not native to Florida, but can arrive on plants imported from other states.

"These hemp mites spread through the wind. They can actually blow in on you. That's why we have to restrict people coming in. We don’t know where they’ve been and we don’t want them bringing in this mite,” Dr. Kjelgren said.

"It's a Goldilocks plant"

Too much rain can also rot hemp if the soil does not properly drain. The scientists lost some plants due to root rot prior to our visit.

"This growing compound held too much water and the hemp didn’t like it, so they got root rot and they died,” explained Dr. Kjelgren.

“Well, we don’t know what we don’t know. This is unprecedented. Nowhere have we tried to take a crop from almost no knowledge up to having literally millions of acres,” said Kjelgren. “We don’t want growers to sink a lot of money into growing this and find out, ‘whoops.’” 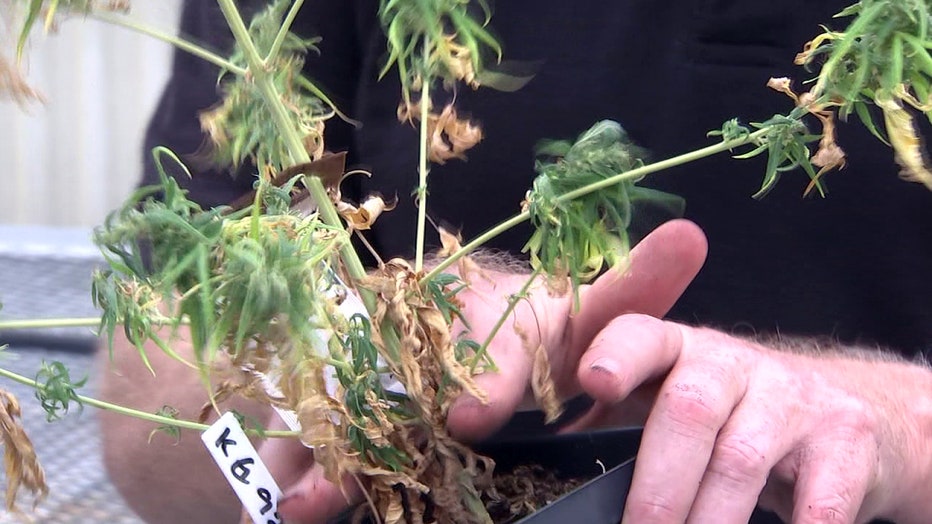 Too much water, or soil that retains too much moisture, is also bad for hemp.

It may also take years for growers to figure out the economics, where and which time of year to grow it, and whether open fields or greenhouses – which are far more expensive – are the better way to go.

In the end, this could be Florida's next cash crop – if the state commits more to science, and the scientists figure out the techniques and skills to make it work.