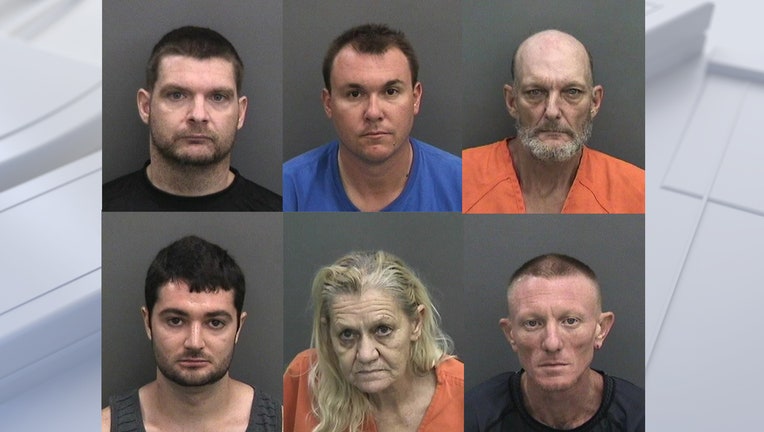 TAMPA, Fla. - Within three months, Hillsborough County deputies responded a dozen times to a residential development site in Tampa for reports of stolen items. On Tuesday, they said they arrested six suspects.

The total estimate in stolen property is about $5,000.

Deputies said they started monitoring the area to identify possible suspects. Within a nine-week period, they arrested six people. They said some were working together, but most acted alone.

Officials said nearly all the suspects were caught in the middle of the crime, allowing them to recover some stolen property.

Anyone with additional information can call the sheriff's office at 812-247-8200.