Mark Zeller, a virologist and co-author of the new study, discusses the impacts of Mardi Gras 2020 on the transmission of the novel coronavirus.

LOS ANGELES - More than one million people from all over the U.S. were drawn to Mardi Gras celebrations in New Orleans last February during the dawn of the pandemic.

Now, a new study shows the absence of COVID-19 safety regulations during that time period likely caused it to be a superspreader event that spawned up to 50,000 cases.

"Mardi Gras acted as a sort of amplifier, which caused dramatically increased transmission," Mark Zeller, a virologist and co-author of this study, told FOX TV Stations. "For this to happen, you need two things. You need to have a large count of people who are largely unaware of the virus, and you need to have the virus. Both of these things just collided."

Researchers at the Scripps Research Institute, Tulane University, LSU Health Shreveport and other institutions said in the pre-publication study, "Emergence of an early SARS-CoV-2 epidemic in the United States," that evidence showed the Mardi Gras festival in New Orleans was likely a superspreader event.

"We show that SARS-CoV-2 was already present in New Orleans before Mardi Gras and that the festival dramatically accelerated transmission," the study authors wrote. "Although we did not attempt to estimate the exact magnitude of the Mardi Gras superspreading event ... it seems likely that the majority of the ~50,000 confirmed COVID-19 cases during the first wave can be traced back to Mardi Gras."

Researchers analyzed over 30,000 pieces of each virus and found that one successful introduction of the virus led to almost all the early COVID-19 transmission in the state.

"Our study provides an understanding of how superspreading during large-scale events played a key role during the early outbreak in the U.S. and can greatly accelerate COVID-19 epidemics on a local and regional scale," the authors wrote.

According to the study, the virus was likely introduced into Louisiana through domestic travel two weeks before Mardi Gras, likely from a person traveling from Texas.

"Unrestricted domestic travel in the U.S. in February 2020 and associated large travel volumes likely facilitated the emergence of SARS-CoV-2 in Louisiana," the authors wrote. 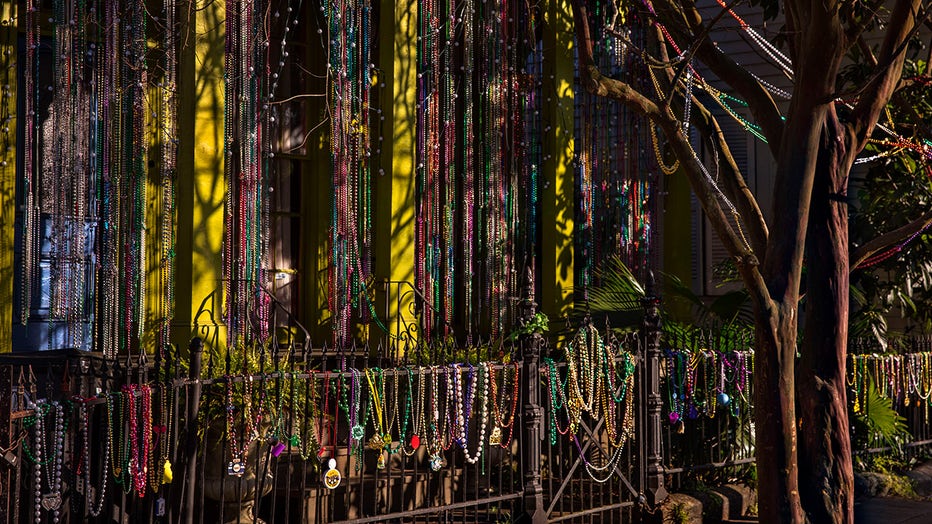 While testing was severely limited in February and March of 2020, the researchers were able to analyze data to understand how the virus was spreading during that time period.

"To determine whether the festival may have accelerated the early COVID-19 epidemic in Louisiana, we modeled the number of likely daily cases using reported deaths and compared these with simulated case numbers that, based on our TMRCA estimates, assumed local transmission started on February 13th, 2020. We found that the observed number of infections was substantially higher than the expected number of infections, suggesting superspreading during Mardi Gras," the authors explained.

The paper, which hasn’t yet gone through peer review, noted the virus strain in New Orleans did spread the infection throughout parts of the South, but state guidelines including stay-at-home restrictions did likely help to keep it from spreading to other regions.

"It’s a good reminder for people that it’s really not a good idea to gather in large crowds. Social distancing, wearing masks, they are all there for a reason — and that reason is that they actually work," Zeller said.

As of Wednesday, 414,354 cases of COVID-19 have been confirmed in Louisiana and the virus has claimed 9,162 deaths in the state, according to data from Johns Hopkins University.

Zeller said the research team will continue studying the emergence of new variants of COVID-19 and if a particular situation could occur again.

Meanwhile, the study’s findings come on the heels of Sunday’s Super Bowl game, another large event drawing thousands to a singular location. It’s the latest event health professionals are keeping an eye on for potential spreading of COVID-19.

"I’m worried about Super Bowl Sunday, quite honestly. People gather, they watch games together. We’ve seen outbreaks already from football parties," said Rochelle Walensky, head of the Centers for Disease Control and Prevention. "So I really do think that we need to watch this and be careful.

The NFL did provide masks to all fans and followed many of the guidelines used during the regular season in stadiums that allowed fans. Purchases were cashless, and the first rows of fans were not close to the field. The rows closest to the field in Tampa Bay's home stadium were covered.