TAMPA, Fla. - The University of South Florida has teamed up with Coca-Cola to place vending machines throughout its campuses, but these machines don’t take money.

Instead, the reverse vending machines accept aluminum cans and plastic bottles. They are then crushed, sorted, and prepared for reuse. The machines are part of Coca-Cola’s World Without Waste environmental program.

Students believe the project will make a difference and encourage recycling on campus.

"I think that’s the most important thing. People need direction. So I think having a specific place to put things makes us want to recycle," said Jade Jemison, a graduate student.

Coca-Cola will also donate five cents per aluminum can or plastic bottle recycled up to $5,000 a year to the USF Feed-A-Bull Food pantry which helps students in need. 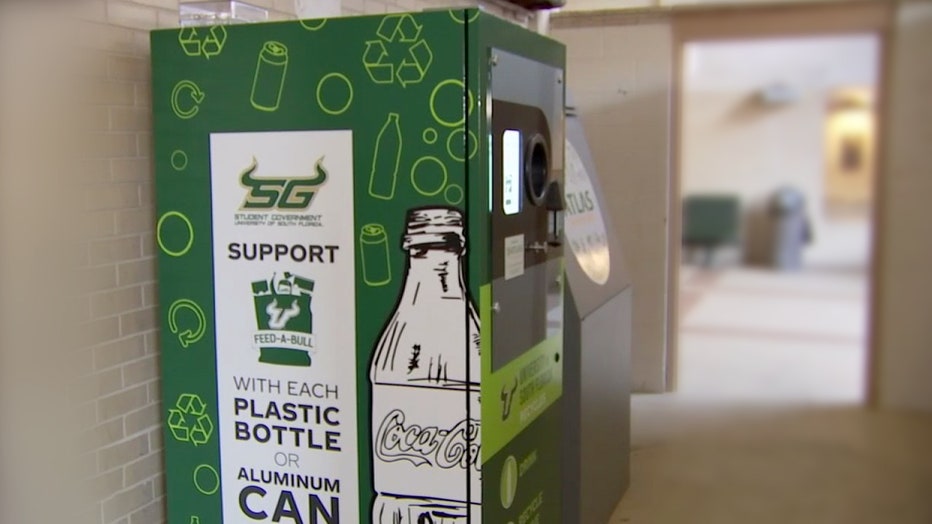 "The benefit of having the funds being donated to the food pantry on campus at both the Tampa and St. Pete campus. There’s a true benefit for our students to take advantage of recycling and giving back to our internal community on each campus," USF Auxiliary Services Director Nancy Santiago said.

"I know a lot of students have trouble paying for food. So I think this will definitely help them especially because food is kind of expensive," Jemison said.

There are currently six reverse vending machines installed that are funded by Coca-Cola.