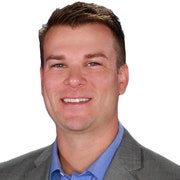 Let me answer your first question: Chip Brewster is NOT some name made up for TV. My parents have called me that since before I was born!

As the new feature reporter at FOX 13, I am beyond excited to bring that fun, community-focused element to our new 4 p.m. newscast. You can expect some truly entertaining live TV, along with great information on what makes the Tampa Bay area such a great place to live. After all, #WeLiveHere.

Before moving to Tampa, I was a lifestyle reporter in Houston. Though my stint in the Lone Star State was a short one, in that time I helped cover: Super Bowl LI, the 2017 World Series, Hurricane Harvey, and one of the world’s largest livestock shows and rodeos. I also experienced a whole lot of Texas culture and cuisine, took part in a four-day trail ride (like, actually on a horse and sleeping outside), and pulled 9.26 G’s with the USAF Thunderbirds.

Prior to Houston I spent three years as the Real Milwaukee Roving Reporter. It was a job somewhat similar to what I’m doing now at FOX 13.

I had actually started in Milwaukee in September 2011 as the station’s second-ever multimedia journalist. It’s a fancy title that basically means I did it all. You’d see me in and around the Milwaukee area hauling both a camera and a notepad as I performed the duties of photographer and reporter. You may think I harbored some animosity over having to do “two” jobs at once but I wouldn’t have had it any other way.

My first on-air job was at in Rockford, IL, and I got my first job in TV in Chicago as a morning show writer at WGN-TV.

I was born in San Diego, CA but grew up in Lake Zurich, a northwestern suburb of Chicago. I met my now-wife while attending Lake Zurich High School where we began dating and continued on through college, into real life, and marriage. I went to college at Illinois State University.

I also have a military side to my life. I first enlisted into the Illinois Army National Guard in November of 2006 and after five and a half years, I moved into the Army Reserve as a sergeant. Originally with the 484th Army Band based in Milwaukee, in September of 2015 I accepted a promotion to staff sergeant and the transfer to the 85th Army Band based in the Chicago area that came with it. Then in June of 2016 with my move to Houston, I switched gears one more time to the 395th Army Band based in the Oklahoma City area. It’s here that I am currently serving as a Music Performance Team leader.

Saxophone is without a doubt my primary instrument but I also have a passion for drum set and drum line, singing, piano, guitar and I dabble on flute and clarinet.

I also love to be outdoors. I love snow skiing, running, biking, swimming, boating -- sports of all kinds, really.

Thanks for checking out my bio page. Hope to see you around Florida! 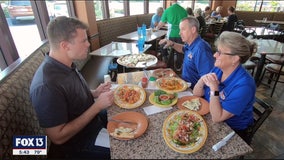 Jim and Lori first found Ferraro's Italian Grille years ago in Bradenton. It quickly became their favorite restaurant.  After they joined Law Enforcement United, they were searching for a way to fundraise and asked the restaurant’s owners if they could set up a table out front. 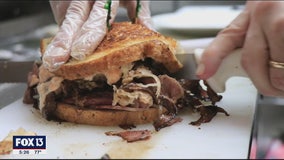 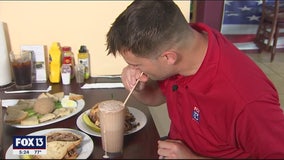 Known locally and online as HH & DD, the Reuben sandwich is their specialty, which has been voted the best in Florida and top 10 in the U.S. 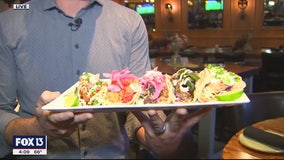 The largest taco festival in the Tampa Bay area comes to town this weekend: The Tampa Taco Fest. 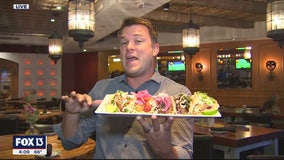 The largest taco festival in the Tampa Bay area comes to town this weekend. The Tampa Taco Fest is back for its second year at Al Lopez Park Saturday, February 29. 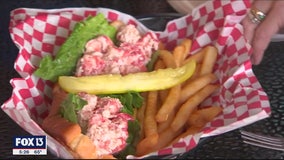 One of the many keys to a successful marriage is having a shared passion. For Bob and Lyn Riley, of Zephyrhills, it's seafood. They have been traveling and searching for the best seafood around. 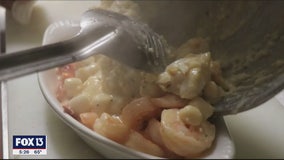 The Great Catch, located on 5039 1st Steet in Zephyrhills, has shared its passion for seafood with the Zephyrhills community for years. 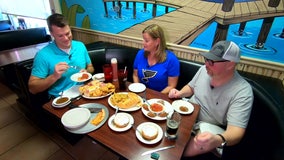 The Pesky Pelican in St. Petersburg has become a must go to place for former St. Louis residents Cara and Moe. 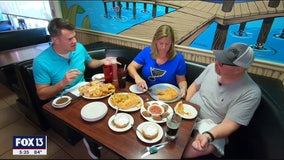 The Pesky Pelican in St. Petersburg has become a go-to place for former St. Louis residents Cara and Moe.