Lightning control room brings the show on the big board

While the Lightning players are always fun to watch in-person, the show on the jumbotron also can get the crowd hyped. All the magic happens behind the scenes in one room.

TAMPA, Fla. - The flashes of light, the thunder, and the excitement. There's nothing like a Tampa Bay Lightning game.

The action on the ice is great, but so is the show on the jumbotron. And all the action above the ice takes work too.

"How can I get them the loudest, the hypest?" asked Felicia Sablan, the control room director for the Lightning.

She can't control the players, but she does control what goes on the 1,400-square-foot screen above the ice and what sounds come from the speakers. 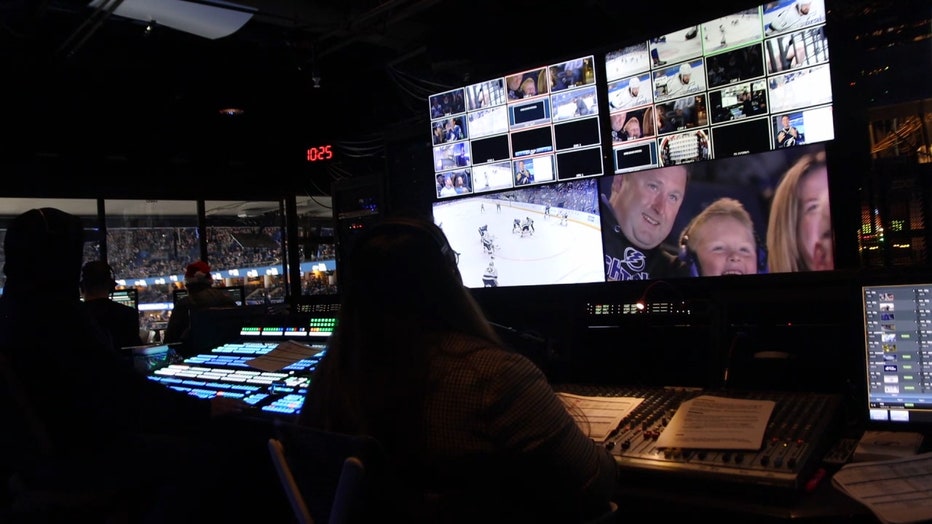 She says the goal is for the show about the game to blend seamlessly into the action.

And that includes over a dozen members of the control room, responsible for carrying out Felicia's orders. 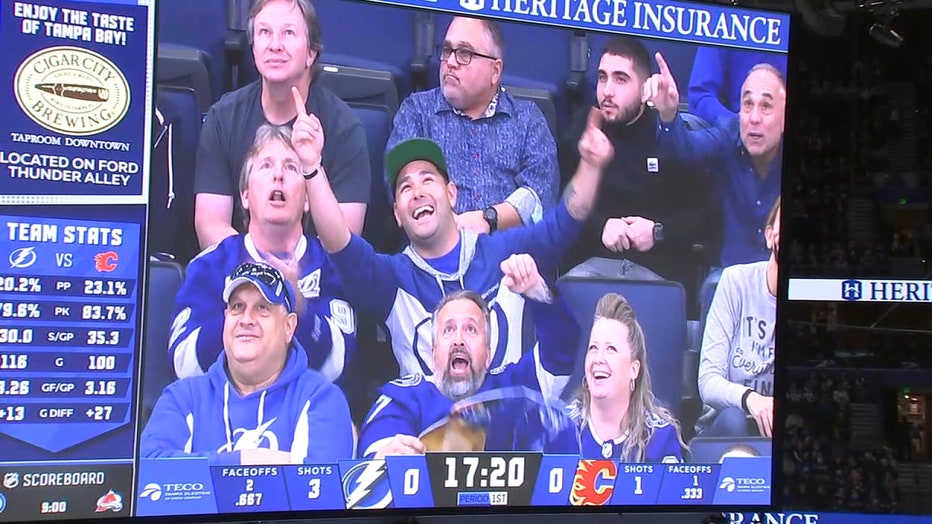 "You might see a stat that says Victor Hedman skated over three miles tonight. Those are all stats that are populated on my screen," he explains.

Ed Bottger presses the buttons that operate the video board.

"I don't care if it is your first time here, or you have been here 40 times, I think everybody gets a great feeling every time they put something on Lightning Vision," he says.

They have six camera operators capturing the action, scouts looking for fans to put on the board, and someone in charge of replays. There is no script. The performers have no idea what's coming

The viewers get to be a part of it. And it's only on in the place where the show is being shot. Yet, it's one of the best shows in town.