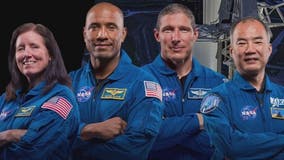 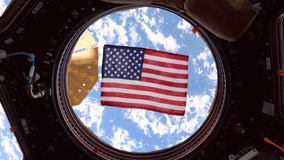 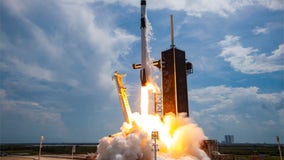 A Kickstarter crowdfunding campaign was recently launched for Eau de Space, a novel fragrance based on a scent commissioned by NASA that promises a whiff of outer space. 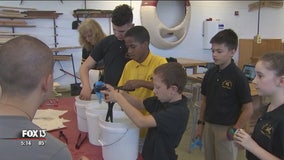 Students at Stewart Magnet Middle School donned their own flight suits and waited their turn to ask the most burning questions of NASA's best minds. 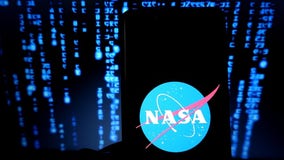 HOUSTON (AP) - NASA says the Houston building where Apollo 11 astronaut Neil Armstrong and his colleagues emerged from quarantine after their 1969 moon mission has fallen into disrepair and will be demolished. 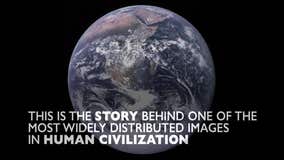 It’s an iconic photo of our home planet: The wispy white clouds and ice caps swirling with the blues and tans of the land and sea – all standing in stark contrast to the blackness of space. But you may not know the full story behind this unique view of Earth. 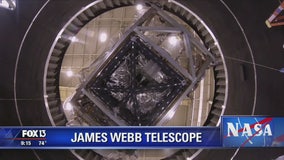 NASA talks about their new James Webb Space Telescope, set for launch next year. They hope it will build on the success of the Hubble Space Telescope.