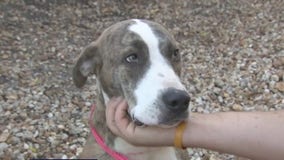 Friends of Strays in St. Petersburg touts themselves as the oldest no-kill shelter in the city. They are bringing back their Doggy Day Out program that had stopped because of COVID-19. 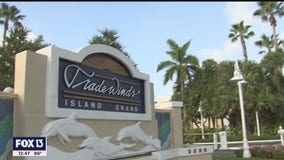 There are some Halloween happenings here at the Tradewinds Island Resort. 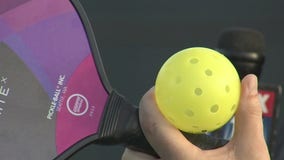 Pickleball seems to be growing in popularity. It's a game you see all ages playing these days. 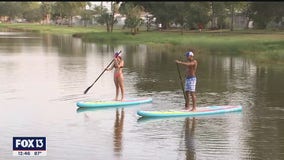 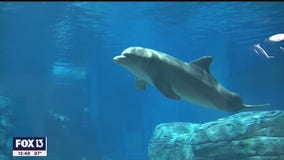 There have been some upgrades at the Clearwater Marine Aquarium this year, including five times the guest space and a new cafe. 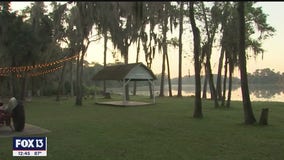 Old McMicky’s Farm has been a fixture in Odessa for years and the owner says, now more than ever, he’s glad to be able to offer an open-air venue for families and groups, waterfront weddings, and birthday parties. 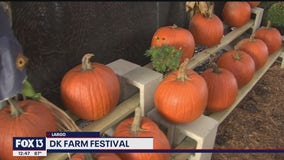 DK Landscaping in Largo normally provides what the owner calls ‘the farm experience,’ but for the next few weekends, it’s also home to an old-fashioned fall festival, complete with hay rides, a pumpkin patch, and even laser tag. 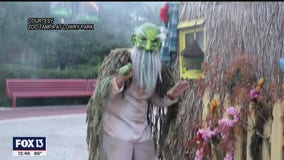 Creatures of the Night returned to ZooTampa, complete with spooky scares and unforgettable eerie frights for ghouls and goblins of all ages. The mostly outdoor event will take place on select nights through Oct. 31. 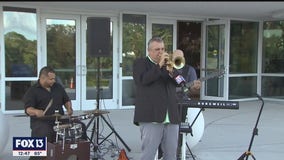 Over at Ruth Eckerd Hall, the main stage remains quiet, but they have been entertaining small audiences here since June in their Cabaret theatre in their newly-renovated lobby. 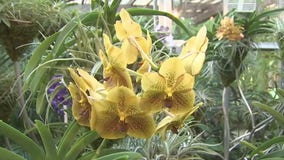 Marie Selby Botanical Gardens as they get ready for their 45th anniversary orchid show. This year the show is called 'Women Breaking the Glasshouse Ceiling.' 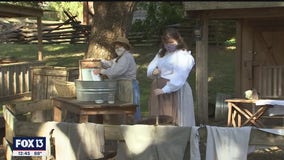 Cracker Country is a rural-Florida living history museum that’s open every day during the Florida State Fair, and throughout the year by reservation, school field trips and special events. Because of the pandemic, it’s been the quietest summer they can remember here. 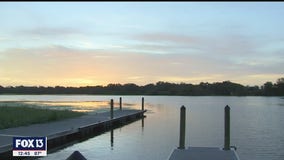 Edward Medard Conservation Park is a total of 1,300 acres with lots of hiking and walking trails -- even horse trials, if you’d like to bring your horse. 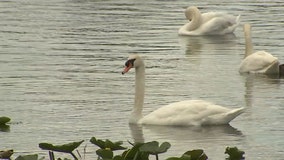 Tuesday was the day the Lakeland Parks and Recreation Department looks forward to all year: The annual Swan Roundup. It’s a sight to behold as johnboats race across the lake trying to keep up with the swans. 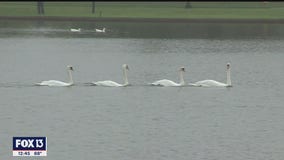 The annual swan roundup for the famous Lake Morton swans entered its 40th year. This time, after their veterinary check-up, some will be sold. 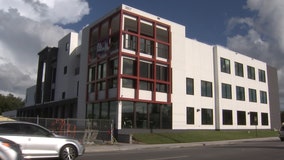 The Humane Society of Tampa Bay has doubled its capacity now that they have opened a newly-renovated shelter building for animals searching for their forever home. 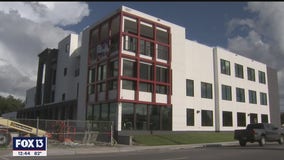 The Humane Society of Tampa Bay has a brand-new building, and they just got all moved in and area already enjoying the new space. 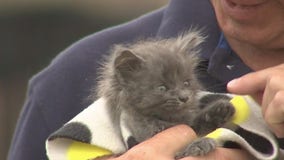 Nate’s Honor Animal Rescue is a no-kill rescue in Bradenton that helps find forever homes for surrendered or abandoned dogs and cats. In the middle of that, they are expanding. 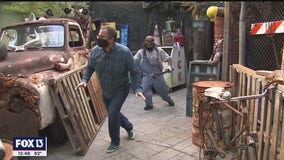 Busch Gardens Tampa Bay is ready for the fall season. Bierfest is back, Sesame Street Kids weekends are happening and Howl-O-Scream is already underway. 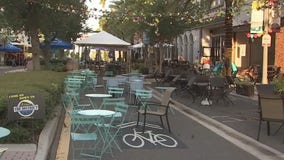 In downtown Clearwater, city officials announced a new designated area called 'The District,' which is the part of Cleveland Street that closed during the pandemic to allow for pedestrians to roam and restaurants to expand their outdoor seating area. 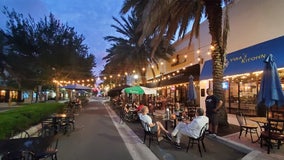 What started as a temporary change to help downtown Clearwater businesses during the pandemic will now last through the rest of the year, city officials announced Wednesday, and will be branded as, "The District."