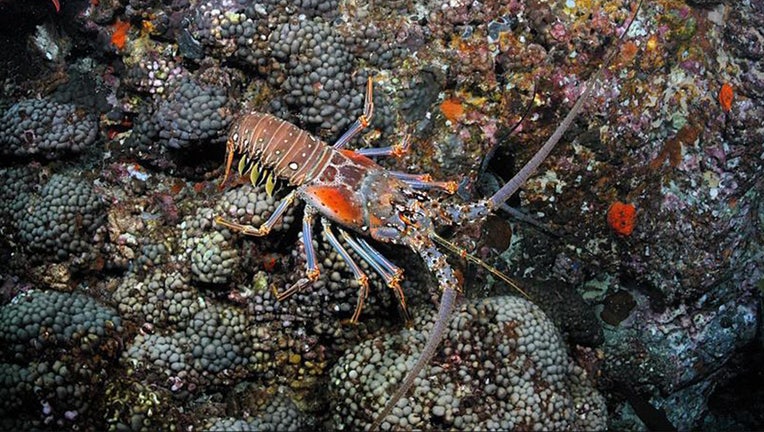 The Monroe County Sheriff’s Office tweeted that a 35-year-old diver drowned around 7 a.m. Wednesday while preparing to harvest spiny lobsters off the Florida Keys. The second death happened in Pompano Beach, where a man went into cardiac arrest after coming up from a dive, officials said.

A 41-year-old man had to be airlifted from the lower Keys to a Miami hospital after a boat propeller struck him in the leg.

The two-day event — held on the last Wednesday and Thursday in July — attracts thousands of people to the Florida Keys where the spiny crustacean is a local delicacy, the Miami Herald reported.

Many waited patiently aboard boats for the stroke of midnight so they could begin hauling in lobster using a technique known as bully netting, sticking long-poled nets into the shallows to scoop up the creatures.

Others chose to snorkel for lobster, waiting until daylight because the law prohibits night diving during the hunt.

"It’s what we’ve been doing for 10 years," Brian Parsons, who came with two friends from Fort Myers, said before dawn.

Florida Fish and Wildlife Conservation Commission crews were on hand to make sure everyone obeyed the rules. Starting early is a third-degree misdemeanor that could land violators in jail for up to 60 days and bring a fine of up to $500.

"We’re just checking to make sure everybody stays within the rules and regulations and does it right," wildlife officer Joshua Stallings told the newspaper.

No arrests were made in the final hours of Tuesday night, the Herald reported.

In the Keys, the bag limit for spiny lobster is six per person, per boat, the Herald reported. For the rest of the state, with the exception of Biscayne National Park, the limit is 12 lobsters per person, per vessel.

"I think we got it in 30 minutes. We got lucky this year," Steve Jahn said.