Actor Jack Black was filmed posing with students taking graduation photos at the Los Angeles Griffith Observatory on May 31.

LOS ANGELES - A group of unsuspecting students taking graduation photos got the ultimate surprise when they stumbled upon a celebrity.

Graduates were participating in a photoshoot at the Griffith Observatory in Los Angeles, California on May 31 when the group happened upon Jack Black, who agreed to participate in the shoot.

Video footage shows Black clad in sunglasses and a t-shirt showcasing a Rotweiller’s entire face as he instructed the photographer to catch his best angle.

"I have to be right here with the sun shining on me," the "Jumanji: Welcome to the Jungle" star is heard saying to the photographer. "Y’all get behind me and stand. I’ll take a knee." 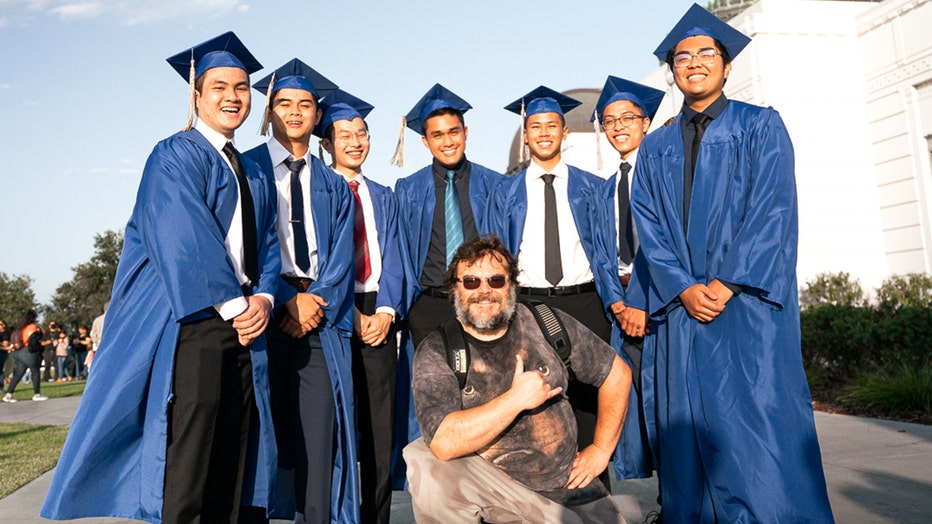 Photo of actor Jack Black and graduates at the L.A. Griffith Observatory.

RELATED: VIDEO: Teenager fends off bear to save her dogs in California

Black then gets down on one knee as the graduates crowd behind him with the Griffith Observatory in the background.

"Half dome me, bro," Black tells the graduates. "Get in tight."

The photographer proceeds to take the photo after saying, "Everybody say, ‘I love Jack Black!’"

Then everyone cheered and clapped.