A source told FOX News the contents of this note are just between Trump and Biden. It’s traditional for outgoing presidents to leave a note for their successor.

On Wednesday, Biden confirmed receiving the letter, calling it 'generous.'

"The president wrote a very generous letter," Biden told reporters. "Because it was private, I won't talk about it until I talk to him."

Fox confirms the note Trump left for Biden is in the Resolute desk in the Oval Office.

While Trump is breaking a century and a half tradition of every outgoing president attending the inauguration of their successor, he is keeping with the now 32-year tradition of the departing commander-in-chief writing a note to the incoming president. 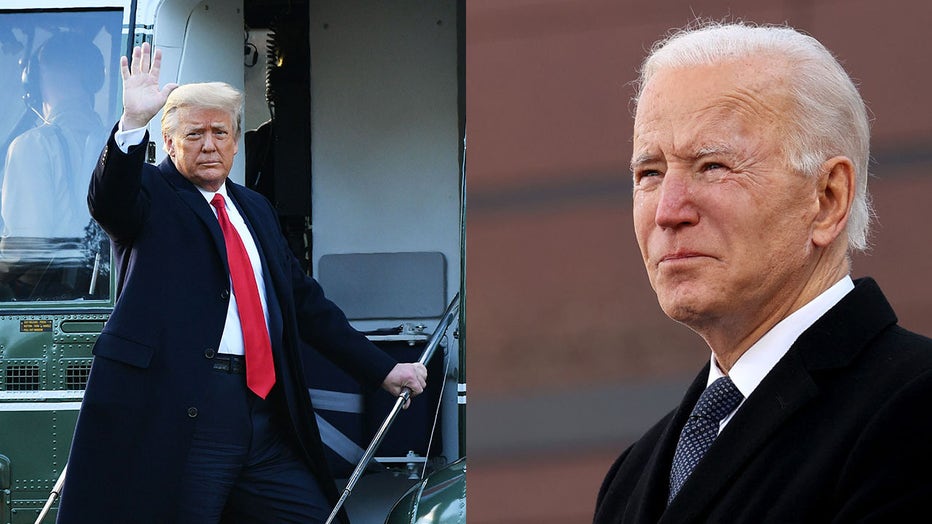 As he left the White House in January 1989 after two terms in office, President Ronald Reagan started the tradition - leaving a note for his successor, George H.W. Bush, who also happened to be his vice president.

Four years later, despite losing to then-Gov. Bill Clinton of Arkansas in a bitterly contested election, outgoing President Bush left Clinton a note in the Oval Office. The tradition has carried on to this day.

RELATED: 'Good luck and Godspeed': Read letters that outgoing US presidents wrote to their successors