TAMPA, Fla. - Michael Thrasher said he wanted to go to one more Buccaneers game in the weeks before losing his battle to pancreatic cancer, according to his family.

"This year we had season tickets, but we only made two because his condition. We weren’t able to go to the other games," said Michelle Thrasher, Michael’s wife of 12 years.

The couple were big Bucs fans, but they got hit with terrible news three years ago. That’s when the Gulf War veteran was diagnosed with cancer. A month ago, he was put on hospice, and died on Monday.

"He was my best friend, we did like, everything together, going to the beach, going to concerts, going to sporting events," said Thrasher. 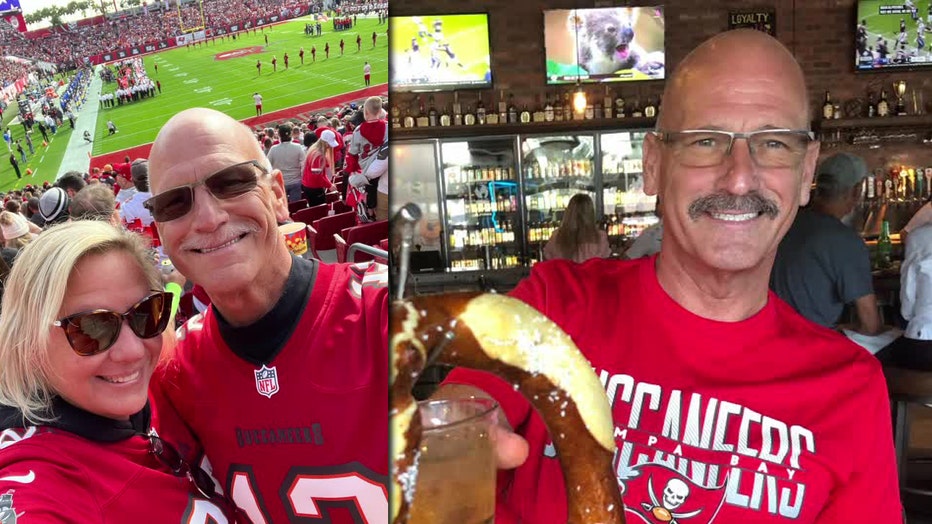 While he was in hospice, Sabrina Curtis, a community outreach manager for Accentcare Hospice Pasco, tried to fulfill Michael’s last wish of attending a Bucs game. She worked with the Tampa Bay Buccaneers Foundation to make it happen, but the clock ran out.

Michael died before they were able to get him to a game at RayJ.

"At this point, I didn’t know if it was going to be tickets or a meet and greet. I didn’t know what they were going to do. I just said, ‘Can you do something, anything to help out this family in his honor?’ And they were the ones that came back and said, ‘Well, how about the playoffs?’" Curtis said.

In Michael’s honor, his wife Michelle and her brother will be heading to Raymond James Stadium Monday to see them face off against the Dallas Cowboys.

They’re hoping for a big "W" while honoring her husband’s life and legacy.

"It’s being continued with me going to the games, it means a lot, and the Bucs have to win," said Thrasher.