TAMPA (FOX 13) - It's intense, irritating, and everywhere: Allergy-triggering pollen is starting to hit Bay Area residents hard. If you feel miserable, you're not alone. Allergy season in the Sunshine State is one of the most miserable in the country.

Allergy experts say you can blame oak trees. As soon as you see those leaves drop, the plant starts to bloom and begin spewing tons of pollen into the air.

He tells us the frigid weather we had early this year kept the region's 11 different species of oaks from blooming. Once the heat came back, it happened all at once.

READ: Oak pollen counts predicted to be higher than normal in Florida

"Suddenly huge numbers of trees are blooming at one time, and I think it's going to be a shorter season but a much more violent season, there's going to be much more pollen in the air," Lockey said.

A device on the roof of a building at USF collects pollen particles so researchers can count how many are blowing around in the air.  It's the yellow dust that makes you sneezy and congested.  Right now, that pollen count is way up.

"You need 10 pollen particles to cause a problem, and we get sometimes up to 6,000," said Lockey.

In fact, the Tampa region gets some of the highest pollen counts in the world.

If you're an allergy sufferer, there is more bad news: Things will likely get much worse before you get some relief.  Lockey says the pollen numbers are still going up, and you could see symptoms sticking around as late as May.

"I definitely feel a lot more stuffy and it's kinda irritating,” Christina Kilmartin said. “My eyes get a little watery. Yeah, it's kind of a pain."

If you have pollen allergies, doctors recommend trying to stay indoors, keeping the windows to your car and house closed, and taking over-the-counter meds. If that doesn’t bring you any relief, you may need to see an allergist. 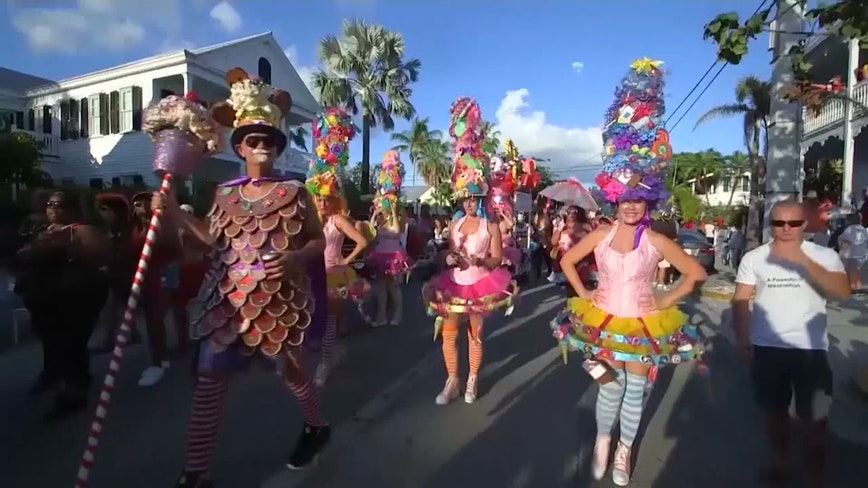