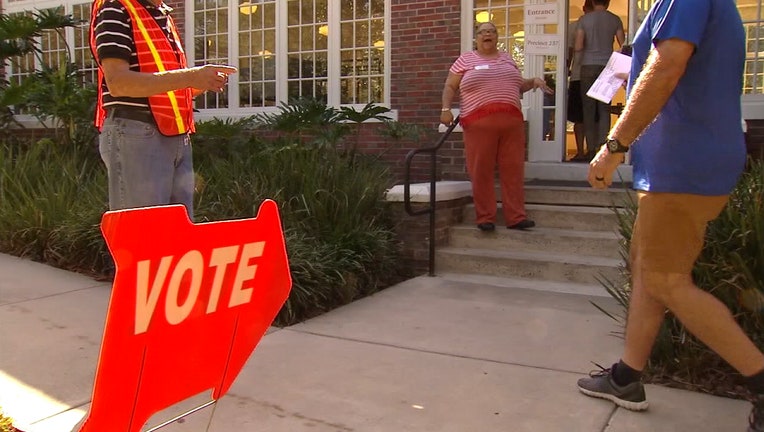 In May, a federal judge in Tallahassee ruled that Florida law can’t stop an estimated 774,000 disenfranchised felons from voting because they can’t pay back any legal fees and restitution they owe. The ruling by U.S. District Judge Robert Hinkle called the law a “pay-to-vote system.”

But Republican Gov. Ron DeSantis immediately appealed that ruling to the Atlanta-based 11th U.S. Circuit Court of Appeals, requesting a stay of Hinkle’s ruling and a review of the case by the full appeals court.

The appellate court, in a three-sentence order Wednesday, granted both requests. The court gave no timeline as to when it would hear the case.

“Today’s decision is a setback,” said Paul Smith, vice president of Campaign Legal Center, which is representing felons seeking access to the ballot box under Amendment 4, a voter-approved measure that sought to return voting rights to released felons.

“The district court’s decision to block Florida’s pay-to-vote system followed clear Supreme Court precedent,” he added. “We are hopeful that the court of appeals will follow suit and confirm once and for all that wealth cannot determine a person’s eligibility to vote.”

The governor’s spokeswoman, Helen Ferre, said there would be no comment on the litigation until it is settled.

Under Amendment 4, felons who have completed their sentences would have voting rights restored. But the legal dispute arose after state lawmakers moved to define what it means to complete a sentence. In addition to time served, lawmakers stipulated that all legal financial obligations, including unpaid fines and restitution, would also have to be settled before a felon could be eligible to vote.

Amendment 4 permanently bars convicted murderers and rapists from voting, regardless of financial debts.

The stay, if it extends into the fall, could influence the election outcome in November. Florida is considered a must-win state in President Donald’s Trump’s bid for re-election. Florida’s disenfranchised felons represent a significant bloc in a state well known for razor-thin election margins. Many of those felons are black and presumably Democrats.

“It doesn’t mean we’ve lost -- it’s just a stay,” said Sean Morales-Doyle of the Brennan Center for Justice, which is also among the groups representing plaintiffs.

“But it means there will be a lot of people who are unsure about their eligibility to vote,” he said, “and will be unable to figure out if they are eligible.”

Hinkle’s ruling said state elections officials were ill-prepared to review the hundreds of thousands of voter registration applications that could arrive ahead of the state’s August primary and the November presidential vote.