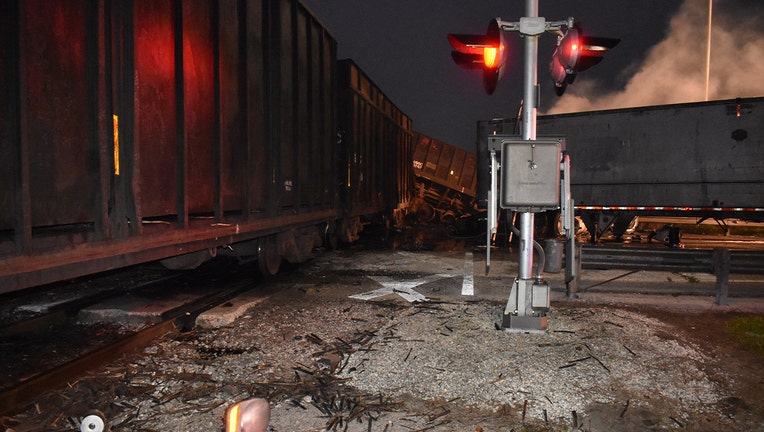 CLEWISTON, Fla. - The driver of a semi-truck is dead after crashing into a train in Florida early Monday morning, the Florida Highway Patrol said.

The crash happened in Hendry County on US 27 and Flagler Street at a railroad crossing in the area. Troopers said the semi-truck driver, a 37-year-old man, was pronounced dead at the scene.

Crash investigators said the semi-truck drove through the crossing gate and collided with the right side of the train. 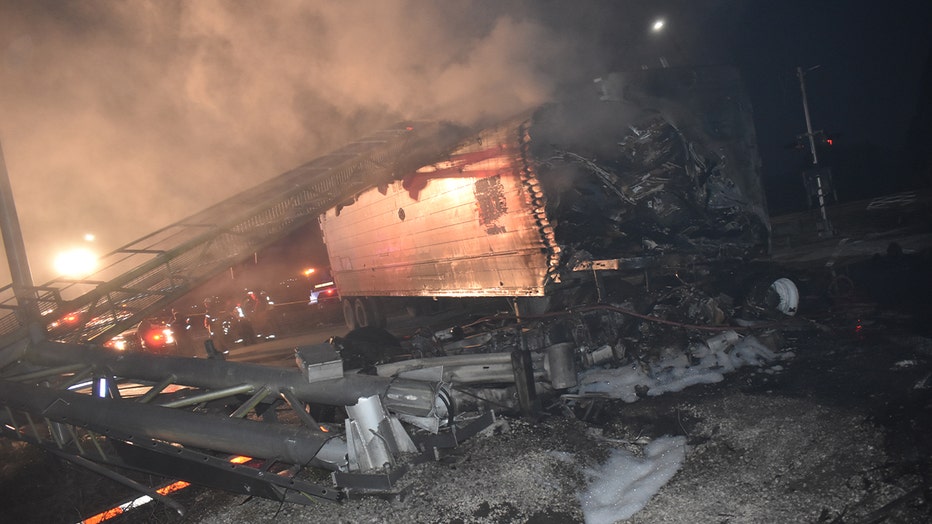 The train then derailed, blocking the east and westbound lanes of US 27. Troopers said the semi-truck was engulfed in flames after the crash.

The train was pulling 46 empty carts at the time of the crash, and no one on the train was injured, according to FHP. The crash remains under investigation.