Sheriff Michael Bouchard said the suspect still had seven rounds in his gun when he was confronted and arrested by deputies.

OXFORD, Mich. (FOX 2) - The death toll from the Oxford High School shooting climbed Wednesday after a 17-year-old boy passed away, according to the Oakland County Sheriff's Office.

According to undersheriff Michael McCabe, 17-year-old Justin Shilling passed away around 10 a.m. at McLaren Oakland Hospital in Pontiac.

Further details were not released by the sheriff's office but a 3 p.m. press conference is planned in Pontiac.

Here's what we know about the victims of the tragedy.

Who were the victims of the Oxford High School shooting? 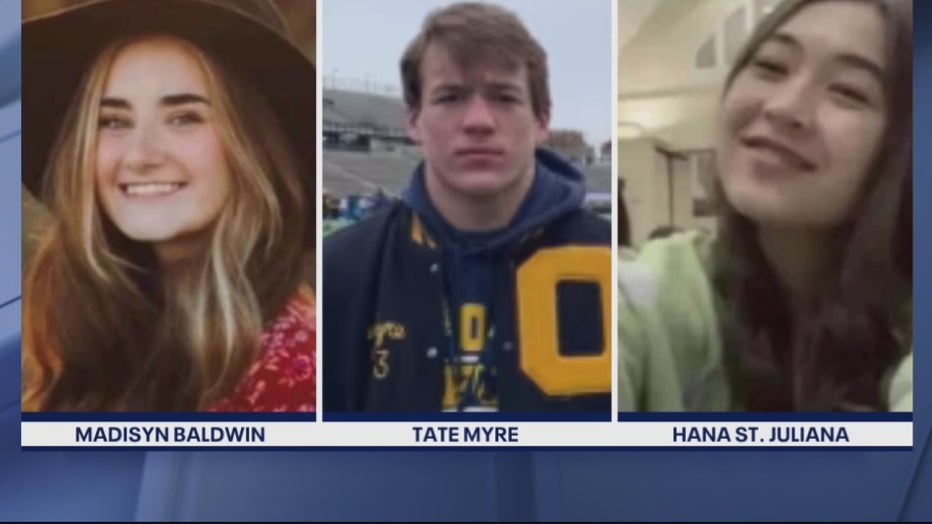 Bouchard did not elaborate on where St. Julian and Baldwin died.

Bouchard also gave more information about the other victims who, as of 10:30 p.m. on Tuesday, are still alive and being treated: