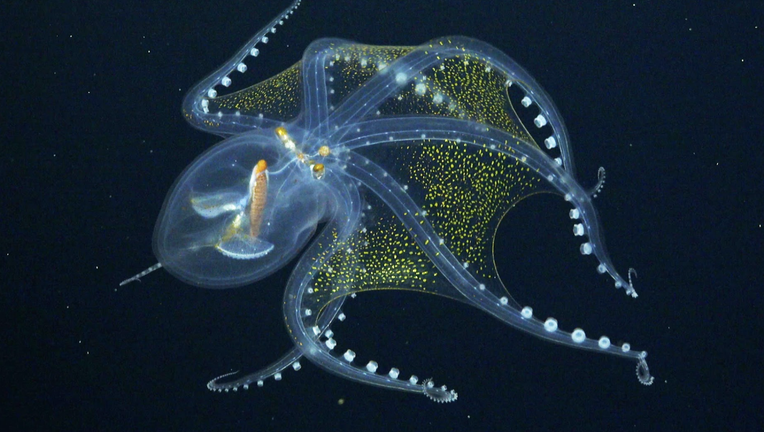 An almost completely transparent "glass octopus" was sighted in the middle of the Pacific Ocean in June by marine scientists on the Schmidt Ocean Institute’s research vessel Falkor.

The rarely observed cephalopod is relatively small, measuring up to just 18 inches long, including its tentacles, with a mantle length of 4.3 inches.

It was sighted on June 26 nearly half a mile deep around a reef complex in the Phoenix Islands Archipelago, which is located in the central Pacific Ocean.

"Live-streaming the dives gives us a glimpse of rarely seen and fascinating creatures such as the transparent glass octopus," Dr. Jyotika Virmani, executive director of Schmidt Ocean Institute, said.

"By providing this platform to further the understanding of our ocean, we trigger the imagination while helping to push forward scientific insights and the protection of our underwater world." 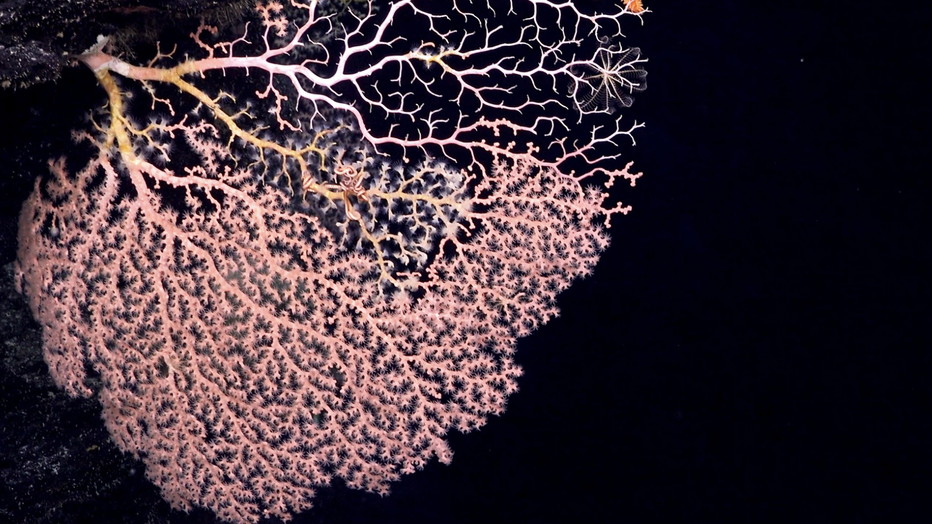 This deep-sea sea star, Evopolsoma, was spotted eating live coral at a dept of 2004 meters in area near the Phoenix Islands Archipelago. (Schmidt Ocean Institute)

While the glass octopus is rarely sighted in the wild, the International Union for Conservation of Nature lists it as a Species of Least Concern due to populations through the world's tropical and subtropical waters, according to the Schmidt Ocean Institute.

Researchers also filmed diverse deep-sea coral communities, a whale shark, crabs stealing fish from each other, a sea star eating live coral, and other marine life on the 34-day expedition that mapped out more than 30,000 square kilometers of the seafloor.