Clinton and Alice Savage, of Habersham County, met at church as young teens and eventually grew to love one another.

HABERSHAM COUNTY, Ga. - A couple in Habersham County is celebrating their 70th anniversary this Christmas Eve.

Clinton and Alice Savage's story began at Pleasant Hill Baptist Church at the age of 14 in the 1940s.

When asked if it was love at first sight, the couple quickly replied with "no", and then laughed.

While it wasn't the "I knew as soon as we locked eyes" kind of beginning, their love soon flourished. 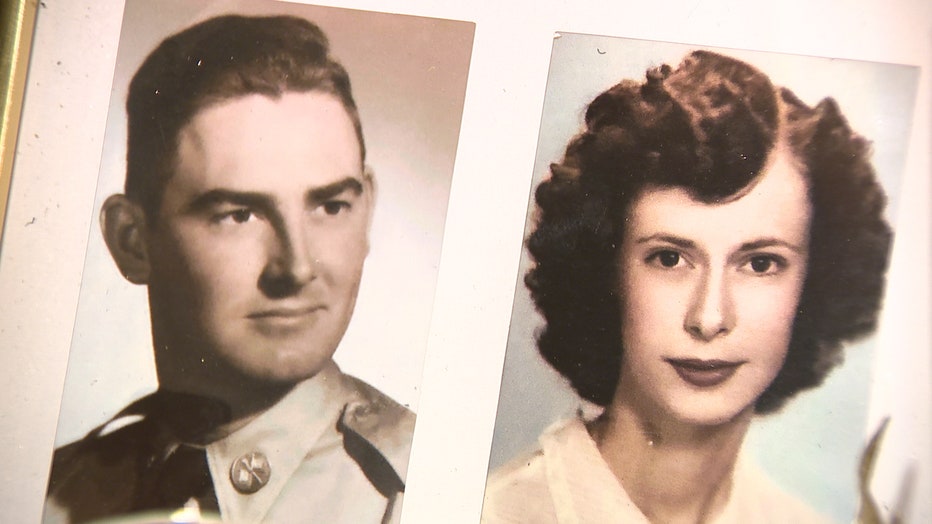 Back then, meeting up or talking wasn't as simple as hopping in a car or picking up a phone.

"She lived about 12 miles from me. I had to walk. But if I played it right, there was a creek I had to cross and the Chattahoochee River. If I could find a place on the creek that I could roll my pants up and wade across, I could cut off a number of miles," Clinton said.

In 1950, Clinton joined the service and was deployed to Korea.

Even that distance couldn't stand in the way.

"I wrote a letter every day, and she did the same thing," Clinton said.

While he was overseas, he realized he didn't want to do life without her.

"It was kind of odd the way I proposed to her. I wrote her a letter. I was in Korea," he said.

When asked what the letter said, he replied "A lot of love stuff."

This week, the two celebrated their 70th anniversary in the same city, surrounded by friends and family.

So, what's the secret to a marriage that withstands the test of time?

The couple says the answer is actually quite simple

"Real great love is required. Not lust, it's gotta be love," Clinton said.