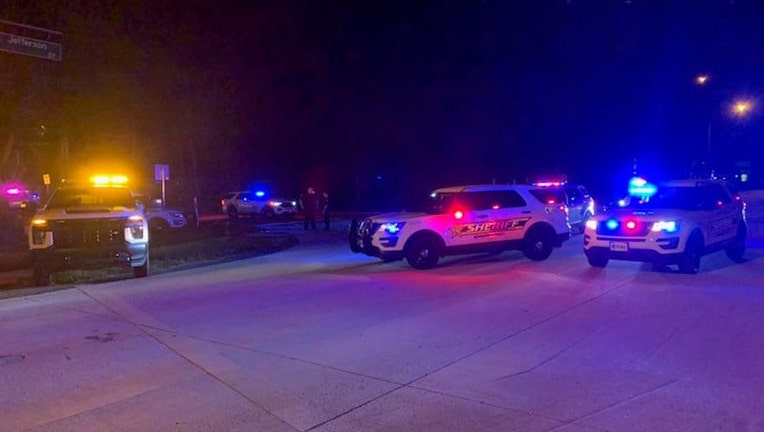 BROOKSVILLE, Fla. - Three people, including a deputy, and a K-9, were injured Friday night in a crash at the intersection of Cortez Blvd. and Jasmine Drive in Brooksville, according to the Hernando County Sheriff’s Office.

Investigators say the deputy was responding to a call for service regarding an armed suicidal person around 7 p.m. with his emergency lights and siren on at the time of the crash. He was taken to an area hospital with minor injuries.

The driver of the other vehicle was taken to an area hospital by ambulance, while an unrestrained passenger was airlifted to a local trauma center as a precaution, according to HCSO.

The deputy’s K-9 was taken to an emergency vet for treatment following the crash and was kept overnight for observation.

None of the injuries appear to be life-threatening.