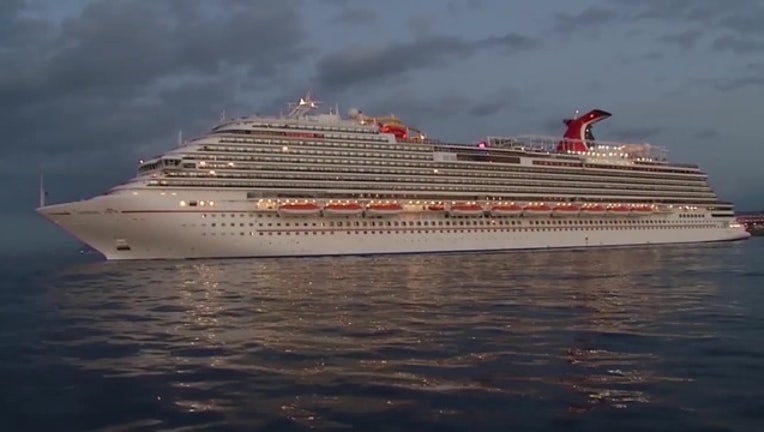 “We’re not there. And we should be,” Seitz said.

The cruise company is about halfway through a five-year probation sentence for a 2016 criminal pollution conviction.

Chairman Micky Arison, who also owns the Miami Heat, and CEO Arnold Donald both insisted the company is doing a lot, but that it takes time to implement real changes at a company with 120,000 employees, more than 100 cruise ships and nine different brands.

“We strive to be perfect,” Arison told the judge. “We won’t ever be perfect, but we are going to work toward that.”

Earlier this year, Carnival admitted violating probation from the 2016 criminal case as its ships continued to cause environmental harm around the world since then. It was hit with a $20 million penalty, on top of a $40 million fine imposed in the original case.

The environmental problems included allowing plastic to be discharged along with food into water; dumping “gray water” in prohibited places such as Alaska’s Glacier Bay National Park; and permitting a corporate culture to persist that does not value compliance with environmental laws.

Richard Udell, a Justice Department lawyer specializing in environmental enforcement, cited the recent inability of Carnival to detail what happens to the estimated 50 million plastic bottles used on its ships each year. Carnival, he said, simply told the government they don’t keep track of that because they are all supposedly recycled at some of its 700 destinations.

Prosecutors want to know if that is really the case, or if often the bottles simply get dumped in the ocean or in landfills by other entities where Carnival ships dock.

Carnival outlined many steps it is taking to phase out use of plastics on its ships, including the bottles, and that it would look deeper into the recycling issue. And Donald, the CEO, said the company’s leadership is making every effort to value environmental compliance just as much as ship safety and guest hospitality.

“Compliance, environmental protection, safety _ it’s the first thing,” Donald said. “Without it, we don’t have a business.”

Another status hearing is set for December.