Along with 122 developing eggs, a necropsy also found hoof cores in the snake’s digestive system, meaning that an adult white-tailed deer was its last meal.

NAPLES, Fla. - A team of biologists recently hauled in the heaviest Burmese python ever captured in Florida, officials said.

The female python weighed in at 215 pounds, was nearly 18 feet long, and had 122 developing eggs, the Conservancy of Southwest Florida said in a news release.

"How do you find the needle in the haystack? You could use a magnet, and in a similar way our male scout snakes are attracted to the biggest females around," Bartoszek said. 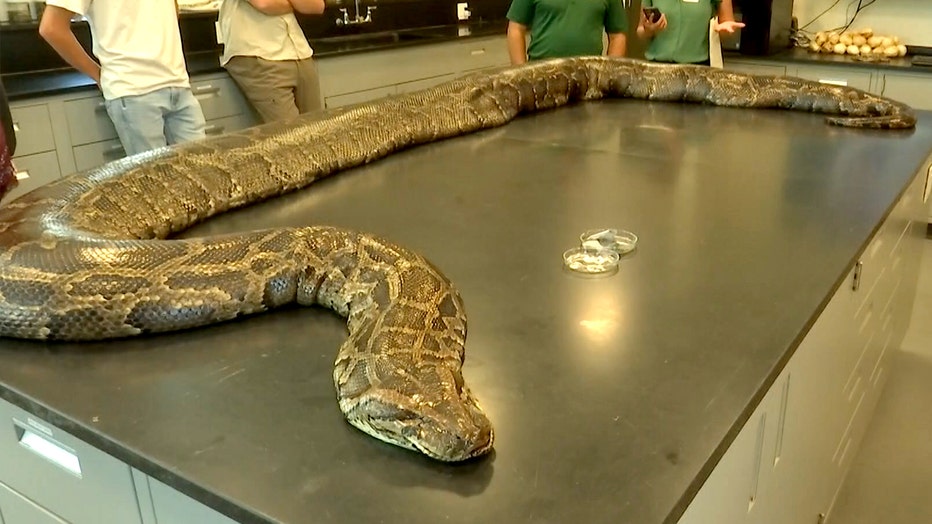 The team used a scout snake named Dionysus — or Dion for short — in an area of the western Everglades.

"We knew he was there for a reason, and the team found him with the largest female we have seen to date."

Biologist Ian Easterling and intern Kyle Findley helped capture the female snake and haul it through the woods to the field truck.

A necropsy also found hoof cores in the snake’s digestive system, meaning that an adult white-tailed deer was its last meal. 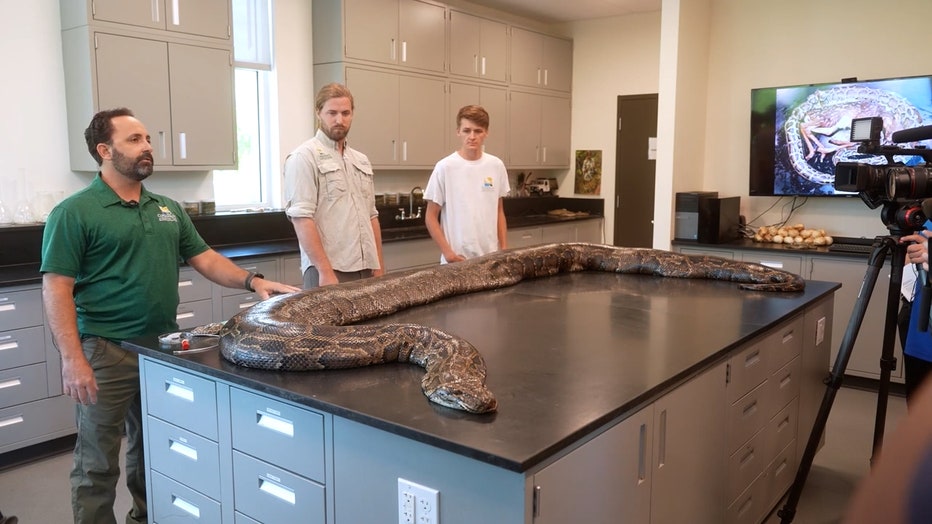 National Geographic documented the discovery, highlighting the continued impact of the invasive pythons, which are known for rapid reproduction and depletion of surrounding native wildlife.

"This is the wildlife issue of our time for southern Florida," he said. 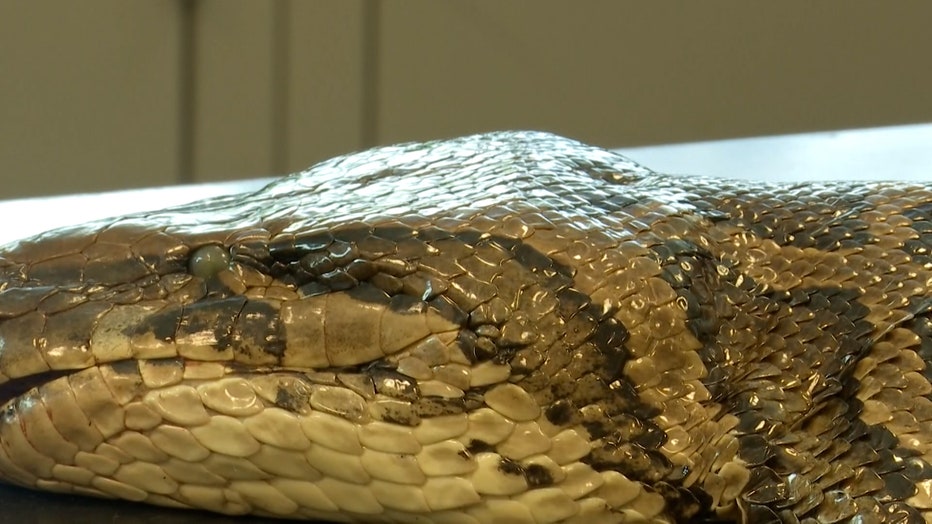 Since the conservancy’s python program began in 2013, they’ve removed over 1,000 pythons from approximately 100 square miles (25,900 hectares) in southwest Florida.

Over that stretch, necropsies have found dozens of white-tailed deer inside Burmese pythons. Data researchers at the University of Florida have documented 24 species of mammals, 47 species of birds and 2 reptile species from pythons’ stomachs.

Prior to the recent discovery, the largest female removed through the conservancy’s program weighed 185 pounds (84 kilograms) and was the heaviest python captured at the time in Florida, officials said.

The state’s python removal program runs for two weeks in August. Participants compete for prizes, including $2,500 for capturing the most pythons.