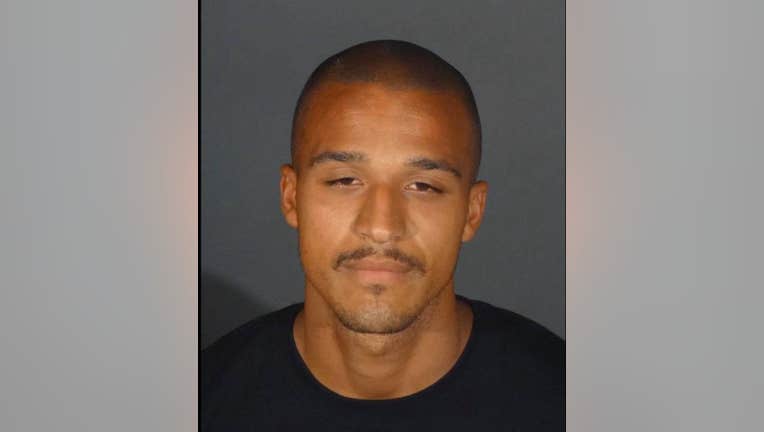 GLENDORA, Calif. - Officers with the Glendora Police Department arrested a man three times in one day due to California’s new zero-bail policy.

The police department says on Wednesday, April 29th around 8:28 a.m. officers responded to a call of a man who was attempting to break into a vehicle on the 1400 block of South Grand Ave.

When officers arrived, they contacted 24-year-old Dijon Landrum of from Monterey Park attempting to drive away in a stolen vehicle. Police say the vehicle was stolen from the East Los Angeles area.

Police say in addition to driving a stolen vehicle, Landrum had stolen property and narcotics on him. Officers say they soon arrested him but due to the California zero-bail policy he was issued a citation and released.

According to a press release from the Glendora Police Department, an hour after Landrum was released officers got a call of unknown man in the area of Bennett and Pennsylvania who was carrying a box and was walking through the front yards of homes.

When officers arrived on scene they contacted Landrum for the second time. They say he had a box full of stolen property. He was issued a citation and released.

Police say several hours later around 8:50 p.m., they received a call of a vehicle that had been stolen out of a parking lot on the 1300 block of South Grand Ave. Officers tracked the vehicle and located it driving along the westbound 100 freeway in La Puente. With assistance from LA County Sheriff and California Highway Patrol officers began chasing Landrum. The pursuit ended in Pasadena and once again Landrum was arrested for being in possession of a stolen vehicle and for evading officers.

The police department says due to the California Zero-Bail Policy Landrum was released with his third citation of the day.

The zero cash bail emergency mandate in California is continuing to be a challenge for law enforcement as alleged criminals are released back into the public.