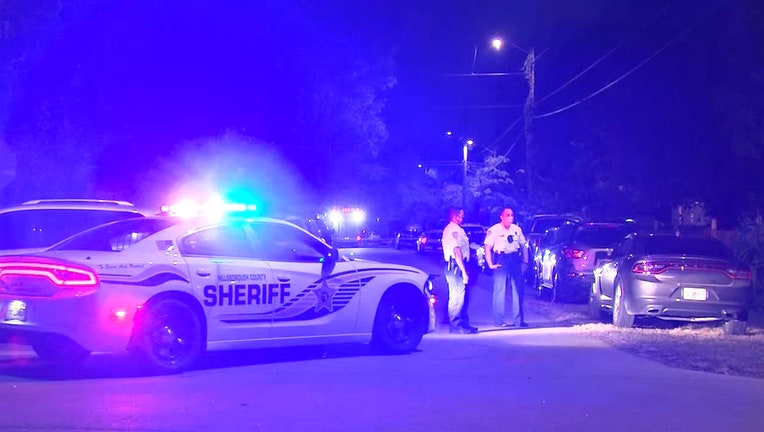 TAMPA, Fla. - After about three hours, a man who barricaded himself inside a mobile home turned himself in following a deadly shooting in Tampa, deputies said.

Just after 10:30 p.m. Monday, Hillsborough County deputies arrived at Campus Court Mobile Home Park, located near 11th Street North and 124th Avenue East, after a report of a shooting. When they arrived, they said they found a man in his 30s with gunshot wounds. The victim was taken to AdventHealth where he passed away.

The man -- who deputies have not identified as a suspect but believe he is connected to a shooting -- barricaded himself inside a mobile home with his family: a woman and five young children, according to the sheriff’s office. All the children are under the age of six.

The barricaded man prompted a SWAT team to negotiate with him for nearly four hours until he exited the home and turned himself in around 2:30 a.m.

The woman and children were not injured, officials said. Deputies said the woman is cooperating with detectives. They said the man never threatened his family or held them hostage throughout the ordeal.