INDIAN SHORES, Fla. - A nest of baby sea turtles in Indian Shores got lost on their way to the ocean this week, and Clearwater Marine Aquarium rescued and returned 50 of them back to sea.

"Normally they would go toward the water with the moonlight reflecting off, that’s kind of their beacon," said Marquardt. "With all of our streetlights and all of our hotel lights and all of our urban areas, unfortunately, that can be a distracter to them. So when they see that light, they get confused."

Their confusion led them into a pool, a hot tub, storm drain and a driveway.

"When they’re out there looking, you can usually see the tiny little crawl tracks. They look just like adults only miniature sized," said Marquardt. 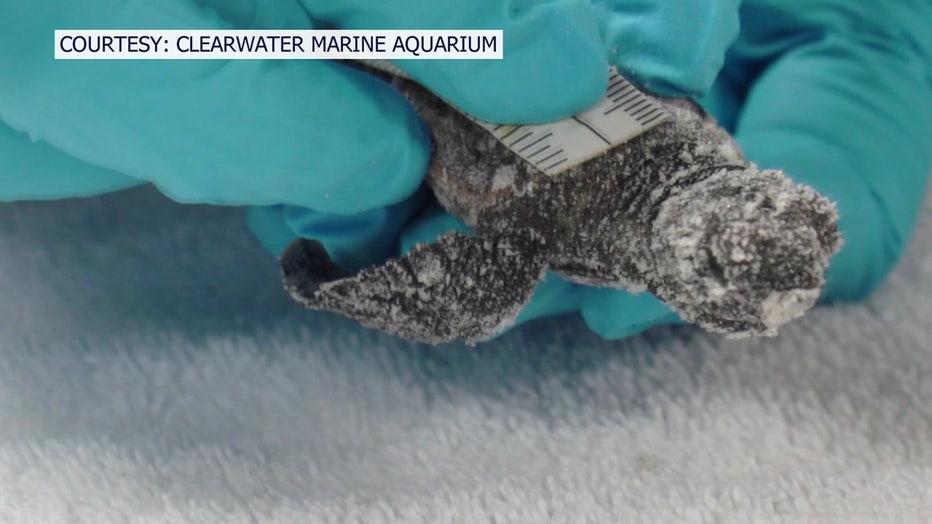 One baby turtle died on the way to the aquarium, and another is being treated for an eye injury. The other baby turtles were checked for their weight and length before being returned to the ocean.

"I mean you see 50 little babies coming off the beach, you can’t help but smile. They make your day," she said.

Sea turtles are endangered, and only one in 1,000 of them survive to become adults. Florida Fish and Wildlife said artificial lighting leads to thousands of sea turtle deaths in Florida. 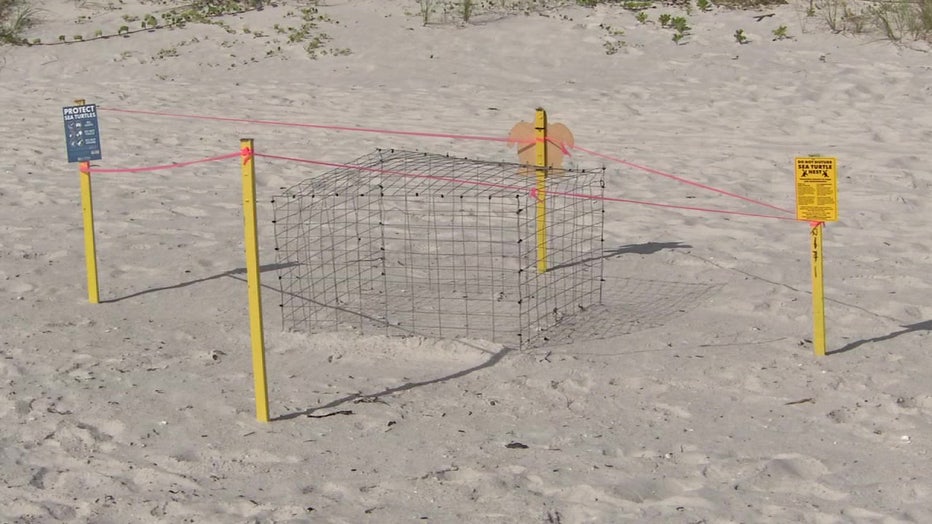 "Disorientation actually happens a lot. We have many, many reports this year, unfortunately. The more than humans are coming into their habitat, and we’re co-mingling, the prevalence of this increases," Marquardt said.

The aquarium said it’s working with beach communities and residents to teach them about the impact lighting has on hatchlings. 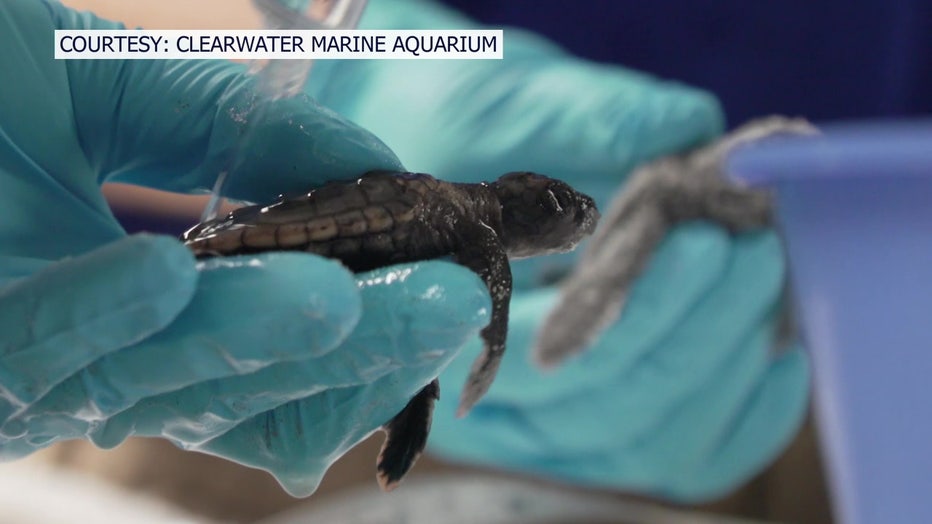 "It’s really, really important when we’re in these nesting seasons to not only have sea turtle friendly lighting, make sure that it’s in a wavelength they can’t see," said Marquardt. "But also if you don’t have that, just turn your lights off at night. Make sure that these little guys have the best chance of getting back out to the water."