Bill Nelson, the NASA administrator, said the missions would aim to understand how Venus became an inferno-like world. Credit - NASA via Storyful

CAPE CANAVERAL, Fla. - NASA on Wednesday announced plans to launch a pair of missions to Venus to better understand how Earth’s neighbor became an "inferno-like world," when it may have once been closer to our own climate.

Venus, the solar system’s hottest plant, may have been "the first habitable world in the solar system, complete with an ocean and Earth-like climate," the space agency said in a news release.

NASA said it was awarding $500 million per mission for development — which will be the agency's first in decades. The missions are expected to launch sometime around 2028 to 2030.

One of the missions, called DAVINCI+, will measure Venus’ thick atmosphere to understand how it formed and evolved and determine whether the planet ever had an ocean. A small craft will plunge through the atmosphere to measure "noble gases and other elements to understand why Venus’ atmosphere is a runaway hothouse compared the Earth’s."

DAVINCI+ will also return the first high-resolution pictures of geological features on Venus known as "tesserae," which may be comparable to Earth’s continents — suggesting the planet has plate tectonics, NASA said.

It will be the first U.S.-led mission to the Venusian atmosphere since 1978. 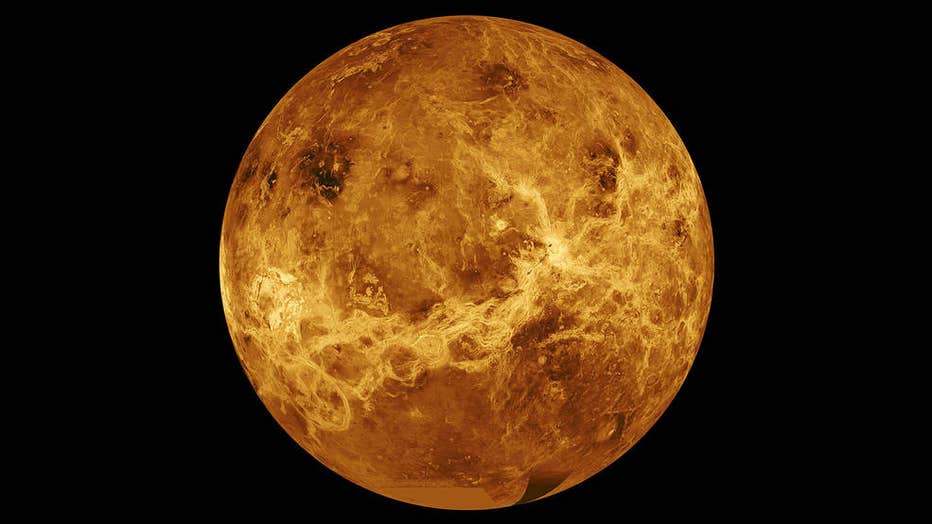 Venus hides a wealth of information that could help us better understand Earth and exoplanets. NASA's JPL is designing mission concepts to survive the planet's extreme temperatures and atmospheric pressure. This image is a composite of data from NASA

The other mission, called VERITAS, will map the rocky planet’s surface to determine its geologic history and why it evolved so differently than Earth. NASA said that VERITAS will chart surface elevations over most of the planet to create 3D reconstructions of topography and confirm whether processes such as plate tectonics and volcanism are still active.

"It is astounding how little we know about Venus," but the new missions will give fresh views of the planet's atmosphere, made up mostly of carbon dioxide, down to the core, NASA scientist Tom Wagner said in a statement. "It will be as if we have rediscovered the planet."

The NASA JPL team cheers as they receive video data from the rover of the Ingenuity Mars Helicopter flight.

In 1989, NASA used a space shuttle to send its Magellan spacecraft into orbit around Venus.

The European Space Agency put a spacecraft around Venus in 2006.