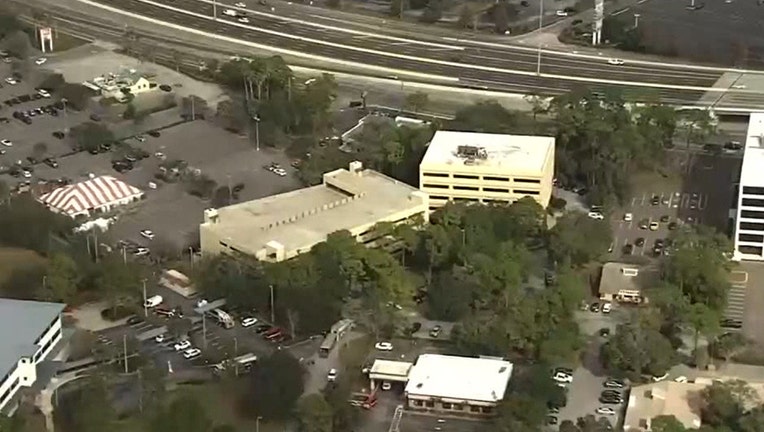 As a result, they are bringing in a large excavator from Central Florida to help lift the collapsed concrete. Two levels of the stairwell in the parking garage next to Tampa Bay Water collapsed on a pair of construction workers on Monday. One of them made it out.

"We do not believe the victim has survived this tragic accident," explained Division Chief John Klinefelter, only describing the worker as a 23-year-old male.

Once the excavator arrives, he said it will begin removing concrete from the top down.

Clearwater firefighters say a construction worker is believed to be dead after a stairwell collapsed in a garage next to the Tampa Bay Water administrative offices on Monday.

"It’s not going to stop until it’s done," Klinefelter said, adding that Pinellas Technical Rescue will remove the last piece of concrete to recover the body. "The goal is to prevent a secondary collapse."

The parking garage remains closed, but first responders are starting to remove cars belonging to employees in the surrounding buildings. Some requested an Uber to get home on Monday.

So far, trees and a light pole had to be removed. Contractors are trying to stabilize the ground, Klinefelter said Tuesday. He said it’s unclear when the excavation will be completed.

Police said the pair were doing work on the stairwell when the collapse occurred. Klinefelter did not reveal which company the workers were employed with.

OSHA and Clearwater police are still investigating the cause.