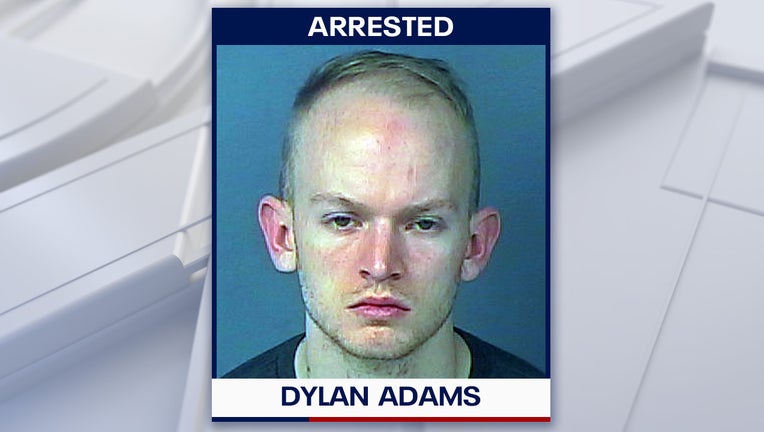 NEW PORT RICHEY, Fla. - A U.S. Navy sailor on leave for the holidays was arrested by Pasco deputies after being accused of sexually battering a teenager.

The Pasco County Sheriff's Office said 24-year-old Dylan Adams, who is stationed in San Diego, California, flew into the Tampa Bay area to stay with family for the holidays.

Prior to leaving San Diego, investigators said Adams began flirting with the victim on social media. The girl, who deputies say is over the age of 12 but under 16, lives in Hernando County and knew Adams prior to his enlisting in the Navy because the two attended the same church.

On New Year's Eve, deputies said Adams went to the victim's home while the girl's mother was at work, and performed various sex acts on her.

Investigators said he then left the home and went to a local pharmacy where he purchased a "Plan B" pill and brought it back to the victim's home.

RELATED: Florida man charged with killing realtor he mistook for landlord who evicted him

According to the sheriff's office, Adams gave the girl the pill and left the home again, taking all of the packaging with him and leaving only the instructions in case she experienced any side effects.

Prior to leaving, Adams reportedly instructed the teen to delete all of the social media messages the two had exchanged.

Two days later, the girl reported what had happened to investigators, who collected evidence from the victim and the home.

Detectives made contact with Adams, and said he provided a "full confession."

Adams was arrested and charged with three counts of lewd and lascivious battery on a person over 12 and under 16. He is being held on $30,000 bond.