CLEARWATER, Fla. - It was supposed to be a ceremony celebrating the start of the Imagine Clearwater project. However, Monday’s planned groundbreaking is now canceled.

Thursday night, city leaders pulled the plug on the event due to the rising costs of building materials. They said this delay does not mean construction at the site stops.

Skyrocketing steel prices and rising costs for lumber and concrete are threatening to slow construction jobs across the country.

Those headaches are now being felt in Clearwater where the estimated $64-million Imagine Clearwater project is underway.

"We know that’s a big issue, it’s an unknown, it’s a very volatile environment, and we are planning for it and prepared for it," explained Assistant City Manager Michael Delk.

City officials have been crunching the numbers the last few weeks. What they don’t have is a guaranteed maximum price from the contracting team for the third and final phase of site construction at Coachman Park. That amount will include wiggle room to account for the increased cost of building materials. 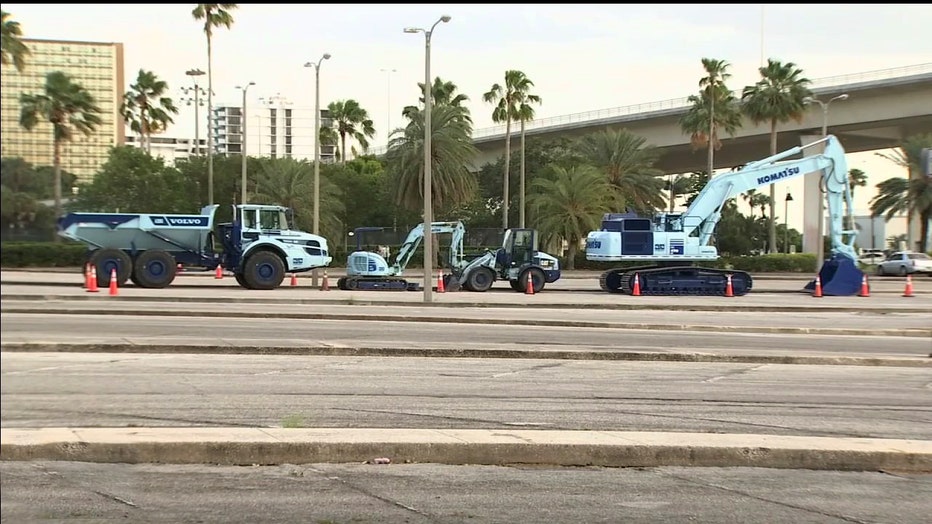 "The issue we have is pretty much strictly focused on contingency amounts," Delk said. "What do we want to have available to us in a worst-case scenario for construction material prices."

"I want to raise a topic that may catch some of you by surprise," he said.

Hibbard went on to suggest Council postpone the groundbreaking ceremony scheduled for Monday, May 24 until they a better handle on the final cost of the project.

"I would like to get the numbers back from Skanska before we formally do that, I think it is the right order of things," said Hibbard.

Leaders say while the celebration is delayed, that does not mean the work is stopping. Contracted infrastructure construction will be ramping up in the next few weeks

"I want to reassure everyone that the Council took no action to delay or you know alter the park in what we intend to build," Delk said.

In fact, Delk says leaders are hoping to add back some features previously taken out of the site plans.

Council hopes to reschedule the groundbreaking for later this summer.