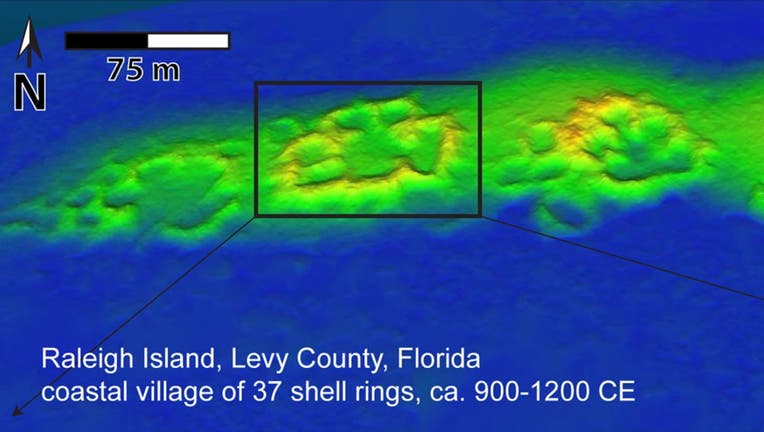 Scientists researching the environmental impact of the 2010 Deepwater Horizon oil spill were surprised to uncover the remains of an ancient pre-Columbian village on Florida’s northern Gulf Coast.

The settlement on Raleigh Island was revealed by University of Florida researchers using drones to conduct LiDAR (Light Detection and Ranging) surveys of the area. LiDAR uses a laser to measure distances to the Earth’s surface and can prove extremely valuable to study what is hidden in areas with thick vegetation.

Researchers led by Terry Barbour, a doctoral student in anthropology, spotted 37 “residential spaces” enclosed by walls of oyster shells up to 13.1 feet high. Excavations at 10 of the residential spaces revealed that lightning whelk shells were used to make beads.

“It’s a rare find, possibly unique,” Ken Sassaman, Hyatt and Cici Brown Professor at the University of Florida, told Fox News via email. “In form, scale, and purpose, the Raleigh Island settlement has no parallel in the archaeological record of the American Southeast.” 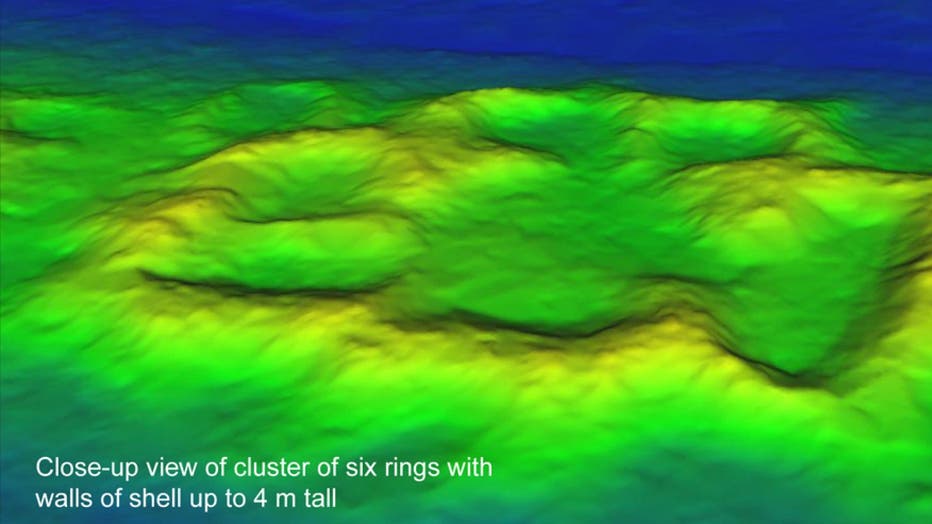 A close up view of a cluster six "rings" on Raleigh Island. (Kenneth E. Sassaman and Terry E. Barbour)

“The architectural layout of this complex of 37 shell rings is revealed in remarkable detail by drone-mounted LiDAR, which enables for the first time insight on how communities were organized to produce shell beads at the source of shell,” Sassaman added. “As items of ritual significance, shell beads were intrinsic to the rise of complex chiefdoms throughout eastern North America starting in the 11th century CE.​​”

Barbour told Fox News that the discovery is significant for two reasons. "We have a site on the coast where shell beads are being made at the source of marine shell rather than hundreds of kilometers inland at the sites where production is already well documented," he explained, adding that the impressive shell ring architecture is also noteworthy.  "These two elements would be great by themselves, but the fact that both are here at this place makes it really special," he explained.

LiDAR is also used extensively in other applications including autonomous cars, where it allows vehicles to have a continuous 360 degrees view.

The study was published in the Proceedings of the National Academy of Sciences.

In recent years, experts have been unearthing new details of centuries-old sites in the U.S. An ancient Native American village in Louisiana, for example, is revealing its secrets thanks to new research. 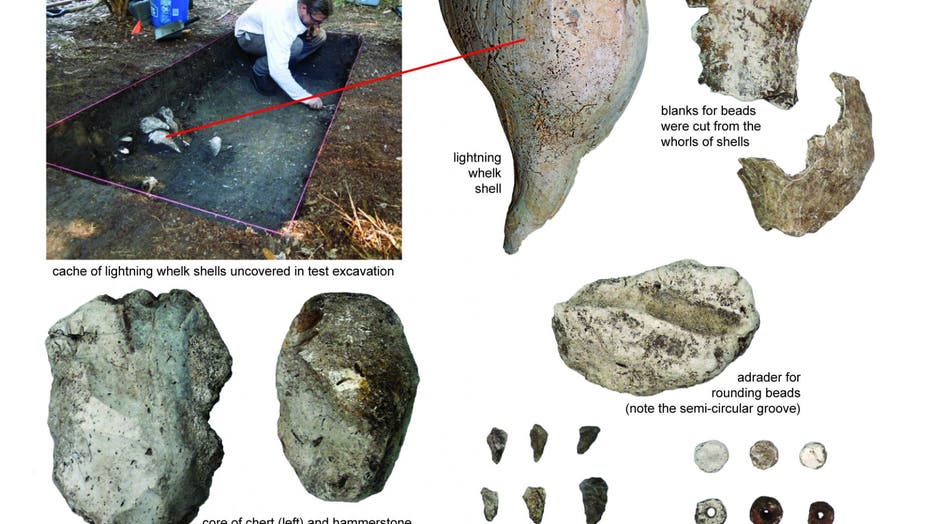 In 2016, researchers at the Cahokia Mounds near Collinsville, Ill., released a study that sheds new light on the ancient city’s power structure.

LINK: Get updates and more on this story from FOXnews.com