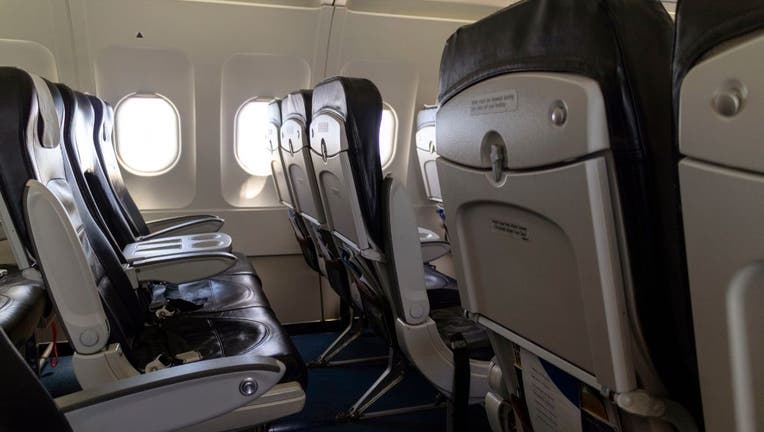 WASHINGTON - It’s safe to say that every airline passenger has an opinion on the size of airplane seats which is why the Federal Aviation Administration wants to hear from them.

The FAA is seeking public input after Congress ordered the agency to come up with minimum dimensions for airplane seats as part of a funding renewal bill.

RELATED: Mother, daughter both pilot Southwest flight: 'It's been a dream come true'

The agency had a year to come up with a plan but failed to comply.

FAA said it will soon allow public comments for 90 days. Details on how to comment will be public next week in the federal register.

Brian Kelly, Found of The Points Guy, shares important tips for anyone looking to fly.

The airline industry has long opposed the regulation of seat size.

Airlines have steadily reduced the space between rows to squeeze in extra seats and make more money. On discount carrier Spirit Airlines, the distance between the headrest of one seat and that of the seat in front of it — a distance called "pitch" — is 28 inches (71 centimeters), which, after accounting for the seat itself, leaves little legroom for the average passenger.

RELATED: Delta passenger explains why he declined $10K offer to give up airplane seat

In 2015, Airbus — the airplane manufacturer — filed a seat patent with a design that props passengers up in a narrow seat, and when the seats are unused, they fold vertically to save space. Cushions are shaped liked bicycle saddles, missing what the patent application calls "bulk" – meaning the stuff taken up by cushions — a tray table and a headrest.

The Washington Post dubbed the design the "Most Uncomfortable Plane Seats Ever."

Flyers Rights said that the average seat has gotten narrower too — from 18.5 inches (47 centimeters) a decade ago to about 17 inches (43 centimeters).

The FAA has conducted tests to see whether the current seat sizes comply with plane evacuation requirements. The tests analyzed how fast passengers can evacuate from a plane. Current rules say airlines must be able to evacuate passengers within 90 seconds but do not set requirements on seat size. However, with seats getting smaller and passengers getting bigger, there could be safety implications.