Bay Area baller best in state from behind the arch

TAMPA, Fla. - Durant High's Austin White may spend hours in the gym perfecting his shot, but he's a natural shooter to begin with.

From 3-point range, he currently is the best in the state. He's hit more than 100 from outside the arch.

"That shot, there's no fixing it," said Baer. "It's perfect. It really is. High release point. He gets it off nice and quick and it goes in most of the time." 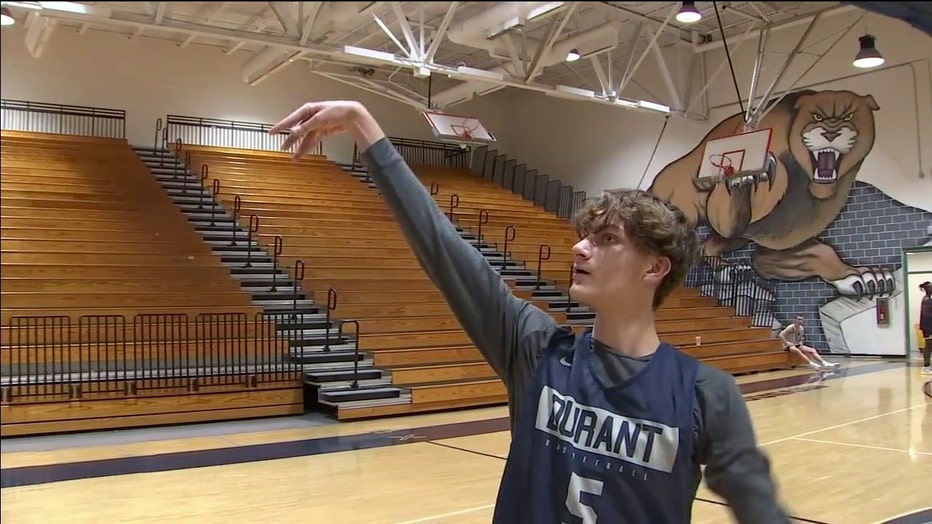 Austin averages nearly five 3-pointers a game, which put him in the top 5 in the entire country.

When he gets in a rhythm, there's no stopping him. The team's motto: feed the hot hand and let it ride.

"My teammates are really good teammates." said White. "When I'm hitting my shots, they keep hitting me and I just feed off that and that's how we win."

White just broke Durant's record for most 3s in a season.

The record is held by his older brother, Tyler.

The night that Austin broke the record, he had borrowed his brother's shoes without asking.

Those shoes have suddenly gone into hiding.

Austin still has a ways to go to break his brother's school record for career points, but he has plenty of time and a special touch to do it.

"It's an instinct," said Baer. "He's a savant in this. He knows exactly where to get to in a spot. He knows how to get open. He knows when to get the ball and really just let it go"