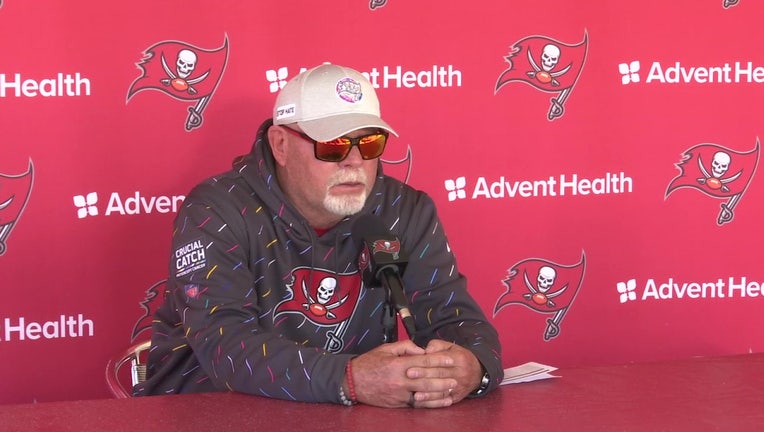 In a tweet, the Bucs said Arians was isolating at home and assistant head coach Harold Goodwin will take over coaching duties.

The announcement comes as college and professional sports teams across the country deal with the rapid spread of the omicron variant.

Moments before the Buccaneers announced Arians' positive test result, UCLA announced it was pulling out of Tuesday's Holiday Bowl against North Carolina, which was slated to air on FOX 13.

The Bucs' next game is scheduled for Sunday, January 2 against the New York Jets.