TAMPA, Fla. - The University of South Florida knows the key to recruiting is having some of the most impressive facilities – which has culminated in Thursday's release of renderings that would include an on-campus football stadium.

The renderings show what could be in store for the coming years at the Tampa campus. The on-campus stadium is at the heart of it all. 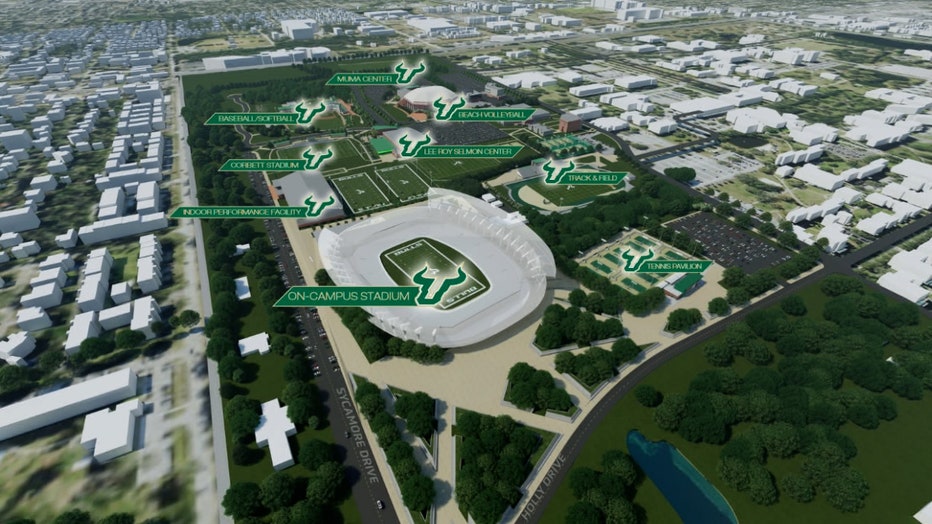 Michael Kelly, the vice president of USF Athletics, said the department will provide detailed renderings at a later date, but they've made progress on a long-awaited reality that students and alumni have been asking for over the years.

"We've never been this far along ever. It's highly encouraging not just as an athletic director here to see that kind of vision, focus, and support," he said Thursday. "I think it's going to be an amazing thing for student life, for engagement with not only the campus community but the Tampa Bay community at large."

READ: 'Controlling what I can': USF star basketball player still waiting for answers on visa status

As of now, the potential opening date for an on-campus football stadium is 2026-2027, but it is contingent on planning and construction time.