TAMPA, Fla. - The election’s over, so why is Congressman Charlie Crist still running commercials on TV?  It’s a question he himself poses in a newly released ad.

“Because my mother always taught us to say please and thank you for voting, even if it’s not for me,” Crist says in the ad.

He also delivers a message of working together and putting the people first.

The ad is somewhat of an unusual move. Not every candidate runs ‘thank-you’ ads.  Some political experts wonder if there’s more than just a friendly sentiment behind it.

“That’s someone that in my mind that is campaigning for something. Don’t know quite yet what it is,” said Dr. J Edwin Benton, a political science professor at the University of South Florida.  “I’ve followed his career going back a number of years now, and I think he has political aspirations to higher office.” 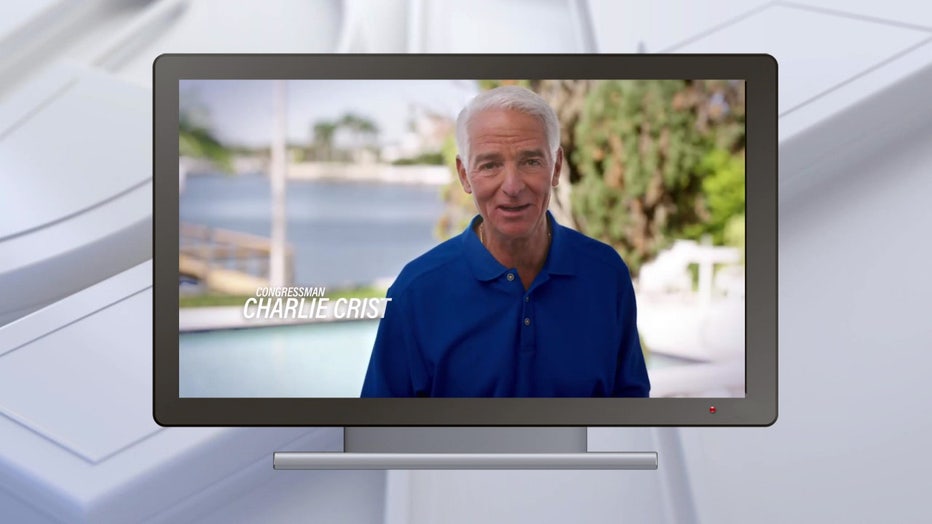 Crist, the former Republican turned Democrat, has a long history in public service.  He’s been a state senator, education commissioner, attorney general, and governor. He just won a third term in the U.S. House.

He’s come up short in races for the U.S. Senate and a second run as governor.

So is he looking for more?  We went to the source.

“I know there's skeptics in this business and some people see what they want to see.  What I’m trying to do is let the people know that I’m grateful to them and I believe our government should be of the people by the people and for the people,” Crist told FOX 13.

As for this upcoming term, he listed several key issues to focus on, beginning with the pandemic and a call for unity.

“Practice the golden rule every day,” he added. “If we did that, these problems would be gone forever.”