When Gina Sheldon returned home from Europe, she opened her luggage to discover all her gifts were replaced with bags filled with dog food, dirty t-shirts and empty French body products.

PORTSMOUTH, N.H. - Gina Sheldon was shocked after returning home from Europe to find that gifts stored in her luggage were gone and replaced with other items including bags of dog food.

Sheldon told FOX Television Stations she did all of her holiday shopping during her eleven-day trip overseas around the Thanksgiving holiday.

"2021 was not the best year, so these gifts were also my way of saying thank you to people," the New Hampshire resident told FOX.

Sheldon said nothing appeared strange when she picked up her checked bag following her flight. 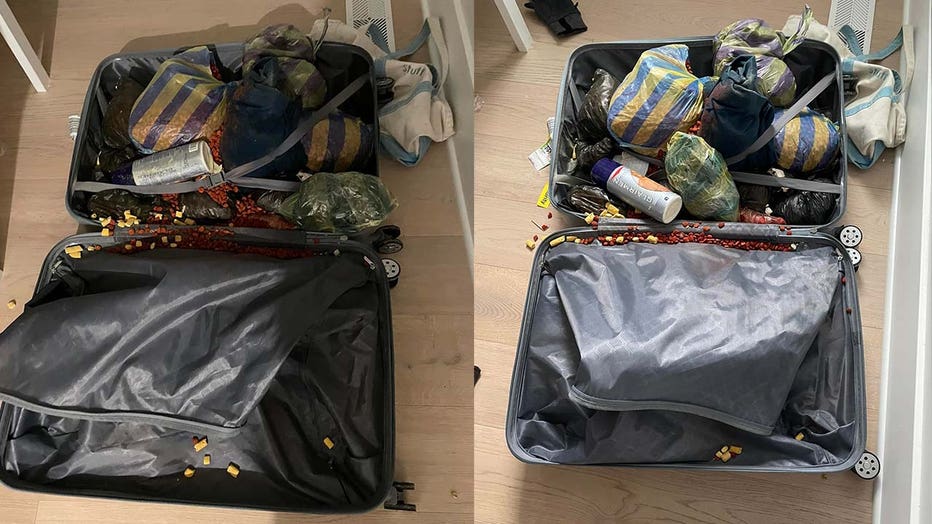 "They were even scanned through customs," she added. "However, when I opened my luggage all of the gifts were gone and replaced with individual plastic bags filled with dog food, dirty t-shirts and empty French body product containers."

At first, the 50-year-old thought she had accidentally taken the wrong luggage, but the tag on her bag matched her ticket number and name. She notes nothing was missing from her other two pieces of luggage with her personal "older" belongings.

"Shock, dismay, anger, disappointment — you name it, I felt it," Sheldon continued.

"Each day I think of something else that was in there," she added. 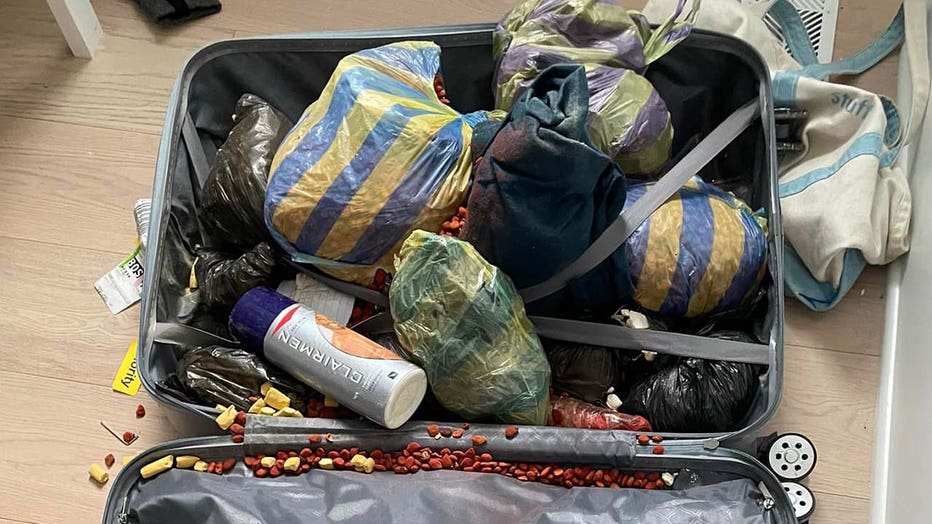 Sheldon said she immediately called Delta Airlines, who the flight was booked through, and was placed on hold for at least 20 hours trying to get through to a live person.

Finally, once a local news outlet reached out to Delta, she received a call within four hours. She was told the airline would look into the situation.

In a statement, Delta Airlines told FOX on Dec. 29: "We apologize for this customer’s experience following Air France flight 334. We have affirmatively connected with our partners at Air France and the customer to find a resolution."

But, Sheldon said once the news story died down, the airline’s handling of the situation has been disappointing.

As of Jan. 7, she has received 75,000 miles, which she noted is far less than the equivalent of her ticket purchased. She has yet to receive any reimbursement for her stolen items.

On Delta’s website, it states flyers who experience a problem with delayed, lost or damaged baggage can submit a claim. In these incidents, the company states it wants "to help make it right," but it’s unclear what will be refunded or compensated.

"Getting the reimbursement has been a challenge," Sheldon said. "With being so frustrated, and again feeling like I was being given the royal runaround, I asked to speak to someone at a higher level at Delta but I have not heard back. I also find it disappointing that Delta says customers are their number 1 priority, but I have received canned emails and responses, or they cite carriage agreements and their policies as to why they could not reimburse my ticket."

She said she still has hope that Delta eventually will do the right thing.

"I have been a loyal customer for years, but quite honestly, that does not seem to matter at all. Just disappointing," Sheldon added.

FOX reached out again to Delta on Friday for an updated response.

"We apologize for this customer's experience with baggage, despite an otherwise pleasurable experience. We have been in contact with the customer to offer fair compensation as an additional token of our apology for the experience she had while flying our partner Air France," Delta wrote.