LIDO BEACH, Fla. - In the water and on land, people on Lido Beach are spending a lot of time looking down. A renourishment project has uncovered mounds of shells and pushed them onshore, stretching more than a mile long.

"A lot of them are full shells. Not broken," said Bailey Correa, who works at Lime Tree Beach Resort. "I saw pictures of it and I love shells and I just wanted to go find some shells. My grandma was really into it and I never thought I would be, and the older I got, the more I got into it. I put them in jars to put around the house and to look pretty around the house.”

"It's unreal, something I haven't seen anything before. I hurried and ran to them as fast as I could," said Mccrea.

"I usually stay still, in one spot and wait for them to come to me. You have to have a quick eye and a quick hand," she said. 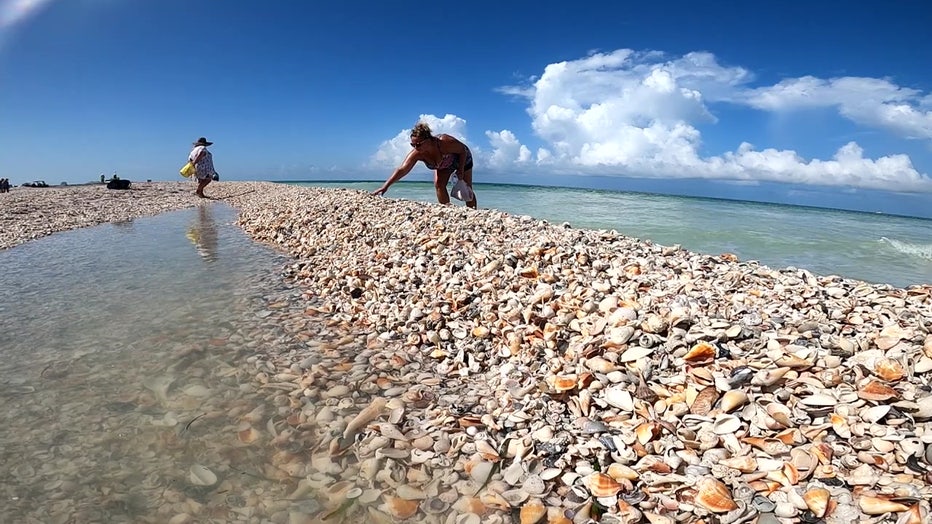 Shells like these are often found on Captiva and Sanibel islands. They're easily uncovered after a storm passes through.

Dr.Jose Leal, the interim director and curator of the Bailey-Mathews National Shell Museum, said dredging of Big Pass has helped bring them up.

"I know that that pass is relatively deep. It makes sense that they are getting all of those nice specimens," he said.

The Bailey-Matthews National Shell Museum on Sanibel has an online database of nearly 400 shells you can compare your finds with.

"You never know what you will find there next. I think that’s what keeps a lot of people going," said Dr. Leal.

Right now, there's enough to keep you searching until you spot the perfect find.

"I always like to encourage people to find their own shells rather than buy them. I think there’s a bigger connection to nature when you are there," Dr. Leal added.

The project is expected to continue until the end of October.

LINK: For a guide to compare your shells visit https://www.shellmuseum.org/shell-guide.