Fred Guttenberg's 14-year-old daughter, Jamie&nbsp;was killed in a mass shooting at Marjory Stoneman Douglas High School. Now he is suing the company that made the gun used in the massacre, Smith and Wesson.

TAMPA, Fla. - A Florida parent is suing Smith & Wesson over the death of his daughter during last year's shooting at Marjory Stoneman-Douglas High School after the Supreme Court's move to allow a similar lawsuit to proceed in Connecticut.

Fred Guttenberg's 14-year-old daughter, Jamie was killed, along with sixteen others, in Florida's worst school shooting.

Word came Tuesday that the Supreme Court denied a request to block a lawsuit from Connecticut parents against Remington, the maker of the firearm used to kill 26 in the 2012 Sandy Hook shooting.

"The gun manufacturers have engaged in marketing tactics where they have knowingly flooded our streets with weapons way beyond what would ever be needed for sport or hunting," said Guttenberg. 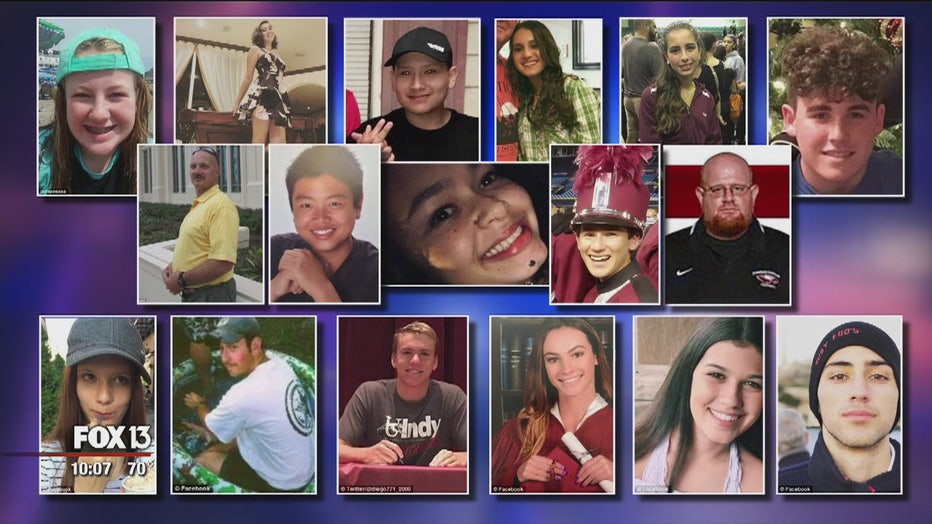 The Supreme Court didn't weigh in on the legal arguments. Those will likely center on a 2005 law that protects gun manufacturers from being sued over the violence itself.

The families in Connecticut argue this should fall under an exemption over how a gun is marketed.

They say it should not have been sold to the general public, rather, they should have been for military use only.

"All your gun manufacturers that are making assault and military-style weapons will be focused on this case now," said legal analyst Jeff Brown.

State Rep. and second amendment attorney Cord Byrd (R-Jacksonville Beach) says the Supreme Court's refusal to intervene should be taken at face value. He eagerly awaits the legal arguments - which will now be heard in a Connecticut court.

"It is like saying that you are going to sue Ford or GM because they make Corvettes or Mustangs that exceed the speed limit," said Byrd.

Guttenberg is eagerly awaiting the arguments, too.

"They engaged in business practices that lead to where we are today. My daughter didn't need to die," he said. "Every waking second, it is all I think about."

In March, the Connecticut Supreme Court agreed to let the lawsuit against Remington proceed.