EAST LAKE, Fla. - Pinellas County deputies arrested a Largo woman this week and accused her of stealing funds from a charity for brain cancer research, where she volunteers.

According to the arrest affidavit, Sara Monaco stole nearly $80,000 from Golfers Vs. Brain Cancer, a non-profit that holds fundraisers at East Lake Woodlands Country Club in Largo.

Detectives said Monaco volunteered as the organization's treasurer and her responsibilities included paying vendors and managing expenses and donations.

Investigators said, in October, the president and chairman of Golfers Vs. Brain Cancer discovered 28 unauthorized checks had been written from the charity's account to Monaco and her personal business, Apparel World II.

According to the arrest report, she admitted to the organization's leaders and to detectives that she wrote the checks because her business was "at a loss financially" due to the pandemic. 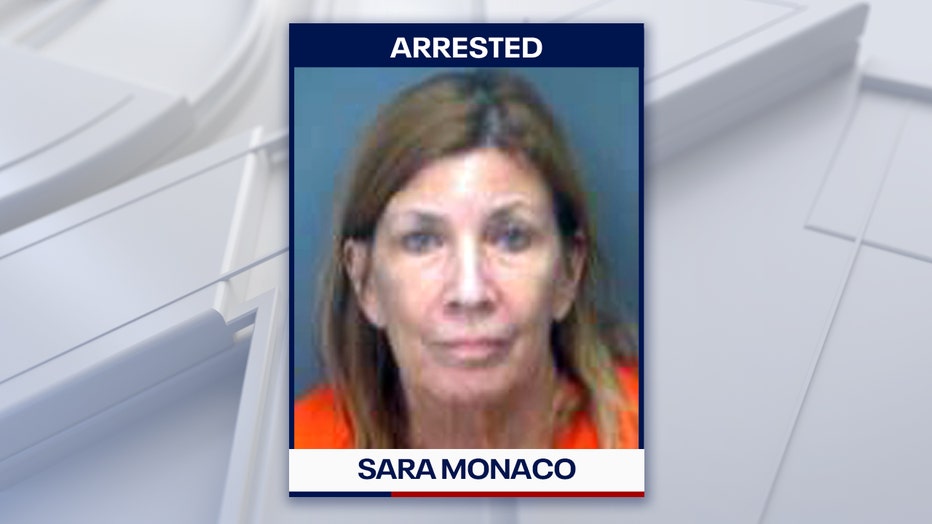 Investigators wrote that she thought she could pay the money back later, but her plan spiraled out of control.

Monaco's charges include grand theft. FOX 13 stopped by her home, but no one answered the door.

According to the website for Golfers vs. Brain Cancer, the charity has donated more than one million dollars to Moffitt Cancer Center and Johns Hopkins All Children's Hospital.

The charity's chairman of the board, Jay Pittman, declined to comment on the arrest.