PASS-A-GRILL, Fla. - There was a rare sighting off Pass-A-Grill beach in south Pinellas County this weekend. It's creating a lot of excitement, but also debate over what exactly was photographed just offshore.

"We were sitting on the beach talking we both looked out and said, ‘Oh look at that, it’s a dolphin,’" Debbie Maiorano recalled.

She took out her iPhone and started recording. 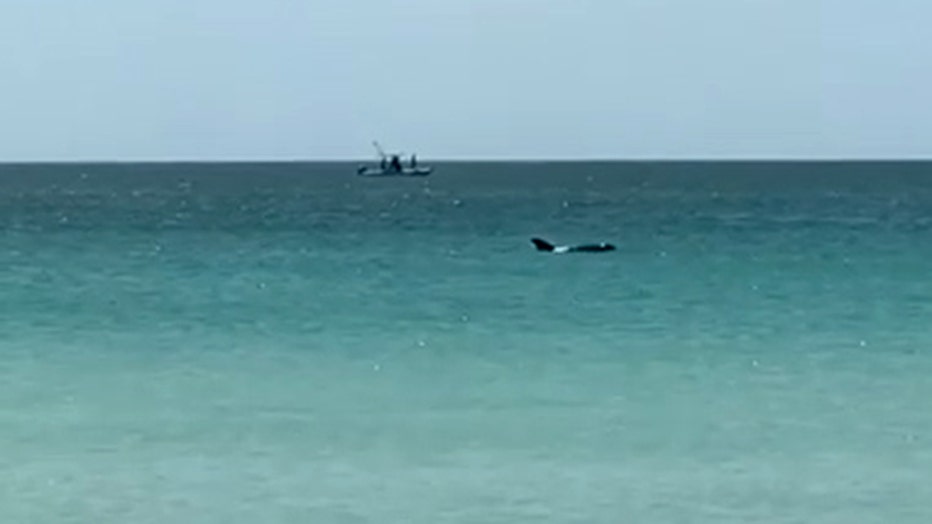 That’s why some believe it was an orca, but they are not able to say with 100% certainty.

"In the Gulf of Mexico, that doesn’t happen. The killer whale’s that we’re aware of are offshore," said whale researcher Mithriel MacKay.

"It was moving slow," Maiorano said.

Debbie’s husband, Jim added, "It moved up and down...turned around and came back, but it never fully came out so just the head and fin."

A mating specialist spoke to FOX 13, pointing out a frame where there appears to be a white patch around the eye.

If it is an eye patch and not a reflection, it could confirm the animal as an orca, which could be 20 feet long and weigh 5,000 pounds.

The other possibilities are false killer whale or pilot whale, but whatever it is, it’s interesting.

If it was an orca, that virtually never comes this close to shore, why was it here?