TAMPA, Fla. - It was supposed to be a simple paint job and home repair, but it turned into Joseph and Danielle Lohotka's worst nightmare.

"We have zero trust for anyone anyway, even prior to this. But never in our wildest dreams would we ever imagine that a sexual predator would be allowed to come into our home," Joseph Lhotka said.

That sexual predator is Leonard Braudaway. Homebuilder D.R. Horton had hired the ex-con to do some work at the Lhotkas’ home, but their attorney, Robert Sparks, says the builder never did a simple background check on Braudaway.

"D.R. Horton holds itself out as the largest homebuilder in the United States. Not Florida, the United States,” explained Sparks. “And we are not talking about an in-depth background check; we’re talking about a 20-second Google search where the subcontractor, which they sent into our clients’ home, has been a sexual predator -- registered sexual predator -- since 2016. Twenty seconds on Google and his record comes up all over the place.”

Records show, while in the home, Braudaway molested the Lhotkas’ 4-year-old daughter.

"He's a convicted sexual predator with multiple similar priors to the incident that he committed against our clients," family attorney Anthony Rickman stated.

In January, Braudaway pleaded guilty to the charges and is serving a five-year prison sentence. But the story doesn’t end there. Now, the family is suing the homebuilder.

The lawsuit says D.R. Horton was negligent and put the families’ lives in danger.

"They want reform,” continued Sparks. “They don’t want to see this happen to anybody else and I think that’s where they get their strength from.”

Whatever legal relief the Lhotka family wins, they know the scars of that March day will be hard to erase. 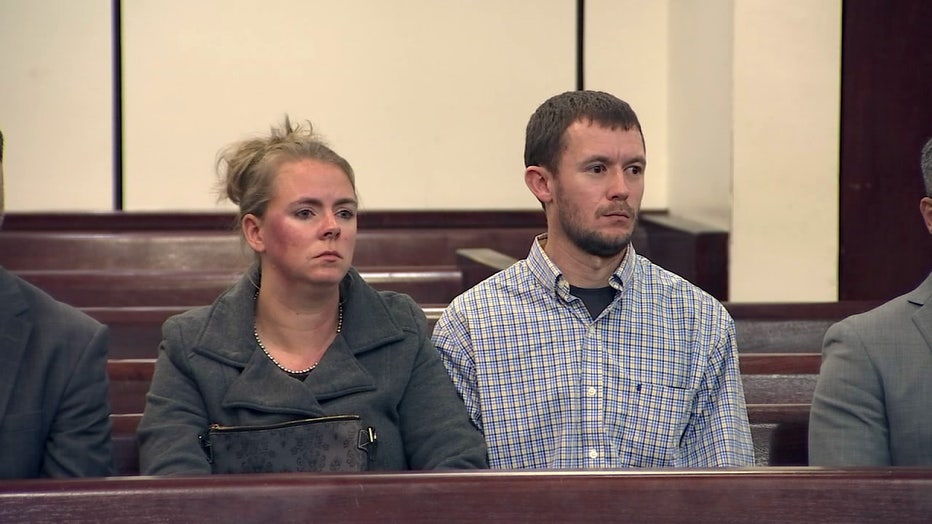 "We have some relief to know he is behind bars. It’s never long enough, but at least he admitted to what he did," said Lhotka.

The family is looking for damages that include pain and suffering, emotional anguish, and punitive.

We reached out to D.R. Horton for a comment, but we have yet to hear from them.