TAMPA, Fla. - For some homeowners, investing in rooftop solar panels can mean huge savings on monthly power bills, but a proposal in the Florida Legislature could dramatically cut back on reimbursement credits. Some lawmakers argue it's needed to offset costs to non-solar customers, but some worry it will destroy the home solar power industry.

The state's nickname says it all. The Sunshine State ranks third in the country for most solar panels installed, behind Texas and California, according to a 2021 ranking by EcoWatch.com, but some worry new legislation could stop the momentum.

The draw for many who install solar panels on their home is to offset the cost of power bills, but also to sometimes get a reimbursement for excess energy that homes feed back into the grid. The proposed bill would reduce the amount homeowners could get back.

"It would devastate the industry. It would come to almost a halt because the investment just wouldn't be there. It wouldn't be worth people investing their own capital," Tampa Bay Solar owner Steve Rutherford said. 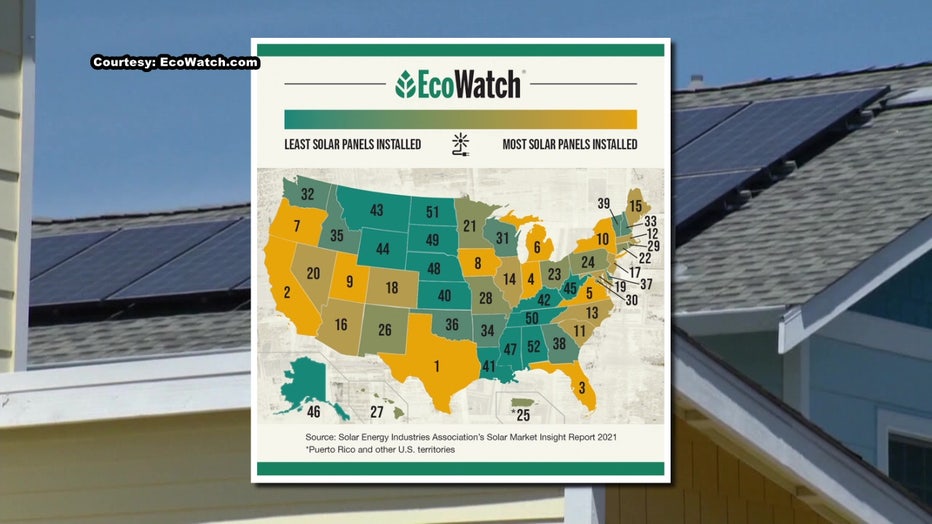 As it stands right now, customers with solar-panels who collect more power than they use can essentially sell it back to grid at a 1-to-1 ratio. In turn, the customer receives a monetary credit for their unused power, which can be put toward their utility bill.

It's known as net-metering and in some cases a customer's reimbursement credits may cover their entire bill, bringing their monthly energy costs to zero dollars.

Bradley says the initial purpose behind net-metering was to help jumpstart a new industry. She argues it's no longer needed.

"The retail net-metering is regressive and disadvantages low-income consumers because they are the ones absorbing the costs that are not being paid by our solar customers," Sen. Bradley said.

However, Steve Rutherford, who owns Tampa Bay Solar, says that's not the case. According to the Solar Energy Industries Association, about 90,000 households (1%) in Florida are solar-powered.

"We're only just getting out of the starting gate. So, you know, it's 1% entry rate of solar. That's not a lot, not a lot of solar," Rutherford said.

As Rutherford explains, net-metering is one of the main selling points, so if it's slashed dramatically he worries the customer may not see the reason to invest.

Bradley argues it's only a matter of time until changes will have to be made.

"A redesign is coming. That cost shift is going to reach a point where it's unsustainable," Bradley said.

SB 1024 is currently working its way through the Regulated Industries committee.