A state geologist is getting involved to try and find some solution to holes opening under a Pasco County community. The traditional route could make things worse.

HUDSON, Fla. - Concerned homeowners are looking for solutions after 76 depressions opened up in the middle of their Pasco county neighborhood, forcing a road to close.

“This is an unprecedented event. This is the first in the state of Florida that has popped up and grown like this,” said Andy Fossa, the Pasco County emergency management director.

In the Lakeside Woodlands community, the only thing homeowners can do is wait and see if any more open up.

“They should have never even built over a cave system. That’s the main issue. And now we just have to deal with it,” said homeowner Alexa Cisario.

Pasco County leaders said workers are monitoring the area. The entire development sits on part of a cave system, and it’s moving. 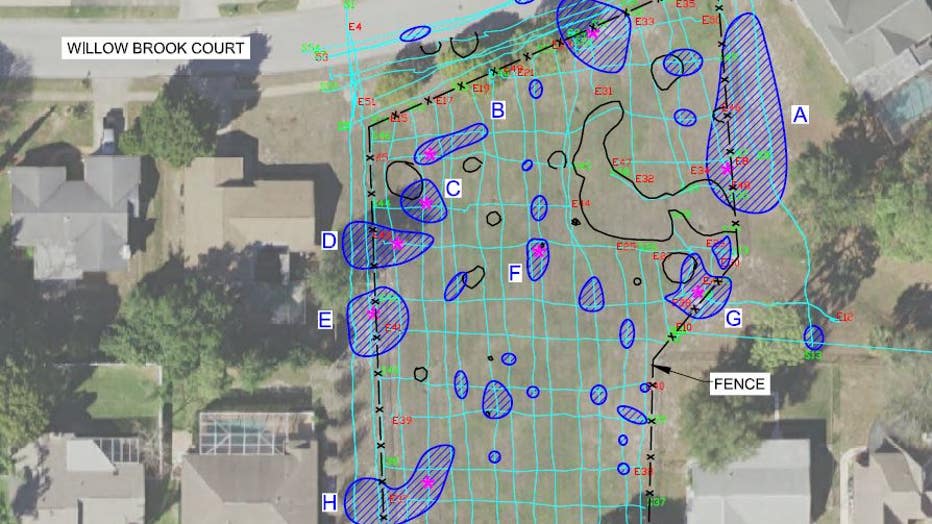 “We ask them do they have any cracking, any settling. Do they notice anything new around their house?” said Fossa about the concerned homeowners.

Since the first holes opened in August, the homeowner’s association and the county ordered geological reports to find a solution. Instead, the reports found any traditional fixes put at risk the area’s homes, the cave system, and the Florida aquifer.

“If it’s going to cause more damage, then just leave it alone. Don’t do anything,” said Cisario.

For now, Pasco county leaders said no homes are in danger. However, the county has no solutions yet and no way to predict where any more holes could form.

“We’re not in a normal situation. We’re trying a lot of different paths to see if we can have one that makes sense for most of the people out there,” said Dan Biles, the Pasco County administrator.

The county will keep an eye on the activity near Willow Brook Court, which has been shut down for weeks. For private property, the HOA as well as homeowners will handle what comes with insurance companies.