The speech comes two days after Garland called voting "a fundamental element to our democracy" during congressional testimony.

"We know that expanding the ability of all eligible citizens to vote is the central pillar," Garland said.

Garland said it is his agency’s "duty" to protect American’s voting rights and that the Justice Department will continue to "protect the democracy to which all Americans are entitled."

"So far this year at least 14 states have passed new laws that make it harder to vote," Garland said Friday. "Some jurisdictions, based on disinformation, have utilized abnormal post-election audit methodologies that may put the integrity of the voting process at risk and undermine public confidence in our democracy."

During the 2020 presidential election, former president Donald Trump and his republican allies sought to overturn — or at least cast doubts on — the voting results. They called for audits in states where Trump lost.

These audits consisted of officials taking part of their paper ballots and matching them against results from their electronic voting machines. Most states have laws requiring audits after elections, regardless of the margin of victory.

The audits serve to ensure there are no errors or potential instances of fraud.

If there are discrepancies, state laws trigger a more thorough accounting of votes, although how that’s done varies by state.

A post-election audit is different from a recount, which happens when there are a small number of votes separating the candidates or when requested by a candidate.

Garland addressed concrete steps the department is taking to secure the right to vote for all Americans.

In recent months, Republican-led states have passed a wave of new voting laws they claim make elections more secure. Critics, however, claim the laws make it harder to vote, disproportionately disenfranchise voters of color, and they’re based on Donald Trump’s false claims that widespread voter fraud cost him the 2020 election. 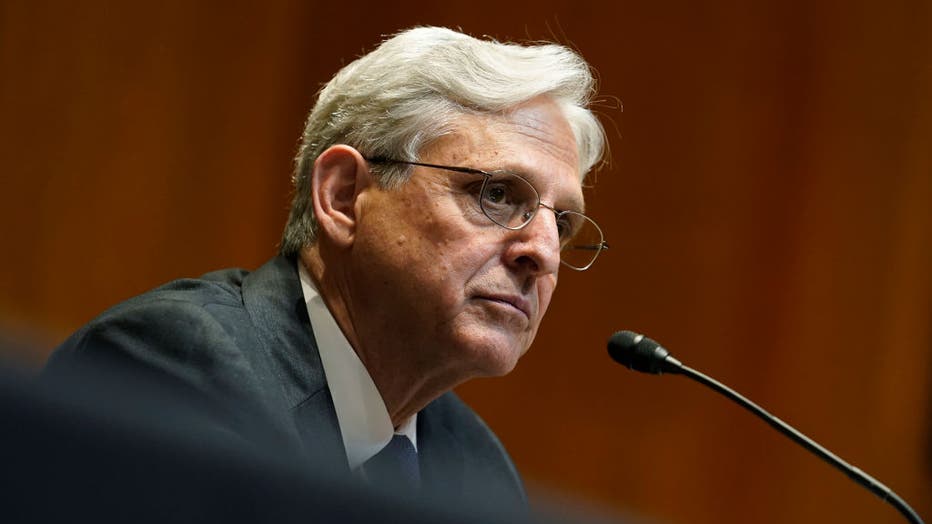 Trump’s claims have been repeatedly debunked by state and federal elections officials. But that didn’t stop Republican states from enacting new laws.

Georgia is one of the states Biden flipped en route to the presidency. Arizona, which also went his way, has also introduced a new election law penned by Republicans.

Texas, a state increasingly being discussed as a political battleground, went Trump’s way last fall. But the Lone Star State, led by Republican Gov. Greg Abbott, still added new voting laws to the books, as did Florida, which has its own Republican governor, Ron DeSantis.

Many of the new laws would be rendered moot upon the passage of the For the People Act of 2021, which would expand automatic and same-day voter registration, vote-by-mail, early voting), and limit removing voters from voter rolls.

It passed the House on March 3, but has found a speedbump in the Senate in the form of Joe Manchin.

The West Virginia Democrat said he would not vote for the election overhaul bill, breaking with his party and the White House.

RELATED: Election overhaul bill: Manchin to break from Democrats and vote against

A staunch moderate, Manchin has positioned himself as a champion of bipartisanship. He claims voting for election reform passed in a partisan manner will ensure partisan divisions continue to deepen.

Manchin is no stranger to breaking from his party. He has been a vocal defender of the filibuster, which has fallen out of favor among left-wing politicians.