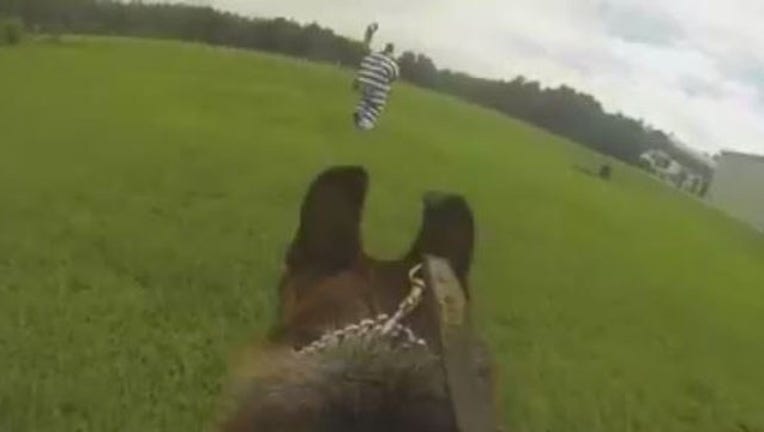 A GoPro strapped to the back of a K-9 gives a dog's eye view of what he sees as he's taking down a suspect. The Pasco County Sheriff's Office released the training video on their Facebook page.

It shows "Thor" with the GoPro starting out slowly and then gaining speed on the heels of an "escaped inmate" as part of a training exercise.

"It's a great way to see how vigilant our dogs can be," said the Pasco County Sheriff's Office on Facebook.