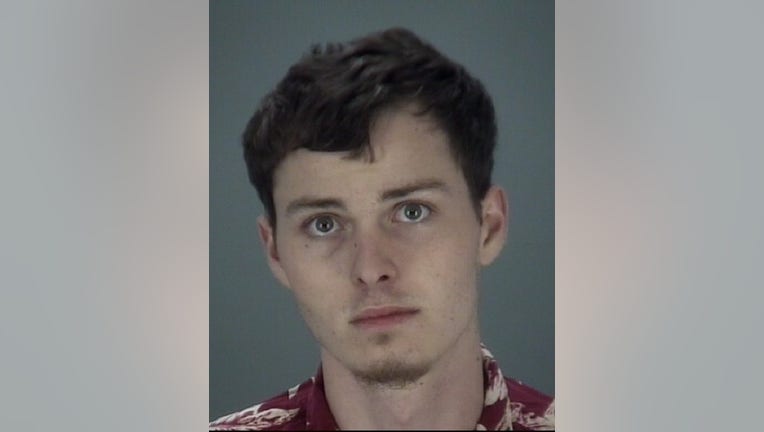 Austin Altman, accused of luring a 10-year-old girl on Snapchat.

SPRING HILL, Fla. (FOX 13) - A man was arrested by Pasco County deputies for allegedly raping a 10-year-old girl he lured over Snapchat.

Investigators said the suspect, 22-year-old Austin Altman traveled to Hernando County to pick up the girl from a relative’s house last week.

“She was reported missing out of Hernando County and, previously that night, someone had reported a suspicious vehicle in the neighborhood. And I believe Hernando County may have taken some information about the driver of that vehicle,” said Kevin Doll, a spokesperson with the Pasco County Sheriff’s Office.

After she went missing, Hernando County deputies began to put it all together. They traced the reported suspicious vehicle to Altman's house on Tiger Trail in Spring Hill.

“We went to this location asking about this missing girl. He said she wasn’t in the house. But once we went in the house to look - he let us go into the house to look - we found her in the bedroom,” said Doll. “In talking to this victim, we discovered that she was on Snapchat. She had been conversing with this 22-year-old man and he convinced her to leave her house.”

Investigators said the suspect, 22-year-old Austin Altman traveled to Hernando County to pick up the girl from a relative’s house last week.

Investigators arrested Altman Saturday morning and charged him with violation of probation and sexual battery.

“It’s lucky this girl was not even murdered, which could have happened with someone who entices a young child like this out of their house. There’s no telling what could happen,” said Doll.

Social media apps make talking with strangers easy, and sometimes the apps can be disguised.

“Our own study reported that kids in grades 4 to 8, 40 percent of them are talking to strangers online. So whether we like it or not, this is happening,” said Beatriz Parres, the community engagement coordinator with the Center for Cyber Safety and Education.

Parres said parents must teach their children how to use safely use cellphones, tablets, and computers.

“Parents should have a conversation with their children. They need to create a trust so that children when they see something that they don’t feel comfortable with, they can go to them,” said Parres.

Cyber educators said parents should also teach their children not to share names, schools, ages or any personal information that could lead a predator.

“There is not a magical app that can teach us and warn us about what our child is doing, it’s all about educating them,” said Parres.

Altman is in jail without bond, and Hernando County Sheriff’s Office said deputies are looking to add charges.