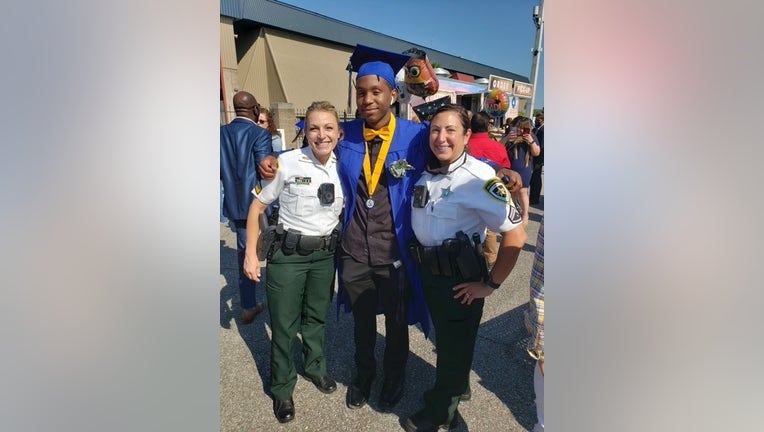 TAMPA, Fla. - A few weeks ago, a Hillsborough County student thought he was in big trouble after crashing into a deputy’s patrol car on Interstate 4. However, things took a positive turn.

Back on May 27, Sergeant Vance was traveling along I-4 when traffic came to a sudden stop. The vehicle behind her wasn’t able to brake in time and ended up rear-ending her patrol car. She was not injured, but she quickly exited her vehicle to check on the driver.

Behind the wheel was a teen named Quintin, a Jefferson High School student. He wasn’t injured either, but Vance said he was "panicked," and thought he was going to jail for "rear-ending a law enforcement deputy."

The deputy sat with Quintin to calm him down and to let him know he was not being arrested. She said he was not speeding and was not distracted.

READ: Lightning set up ball hockey court at Rowlett Park to inspire next generation of players

"Simply put: accidents happen," according to a sheriff’s office statement.

After Quinton calmed down, he was grateful for the conversation and asked the deputy to come to his graduation.

"It was an offer she said she couldn’t turn down," the agency said. "She attended to make sure he was still doing OK and congratulate him."